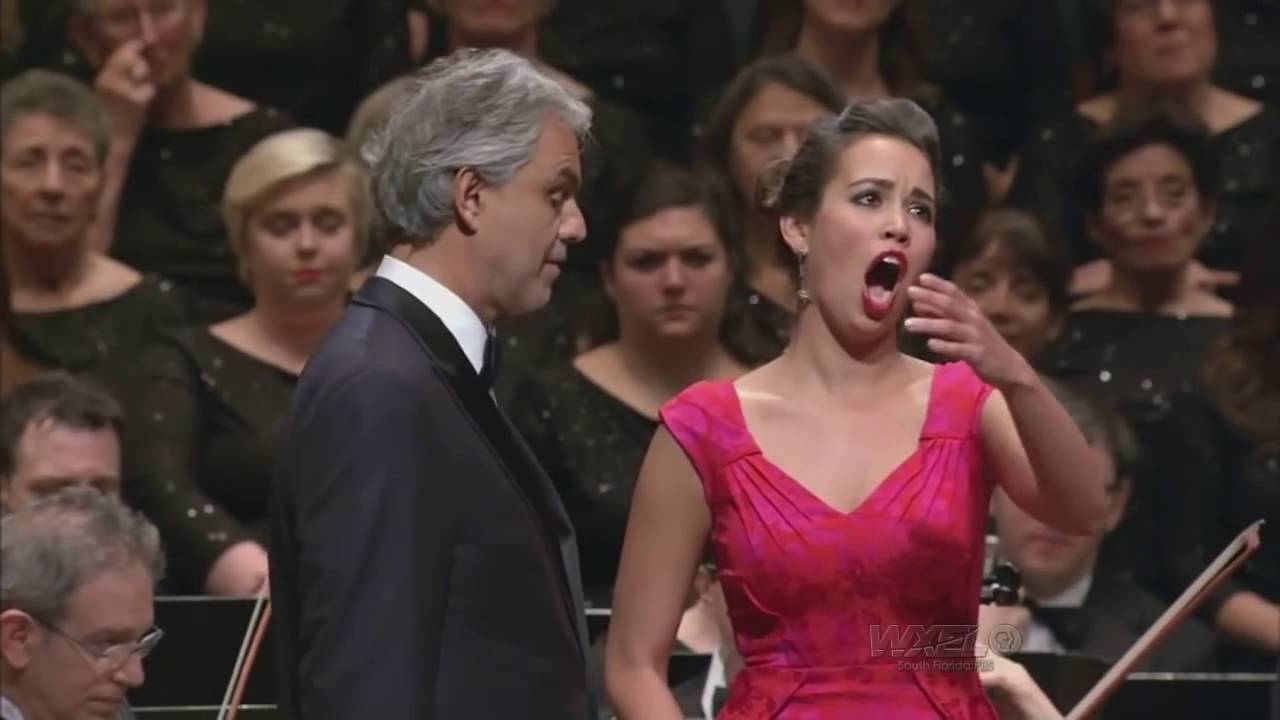 ‘He’s the nicest person there is… I don’t know how many instruments he plays, maybe 100. If we’re gonna have a real talk, let’s have a real talk. I really don’t like how the opera industry cuts him down all the time and says nasty things about him…

‘Let me tell you something: I don’t have a single tenor colleague in our realm who can do what he does – sing every day, travel every day, then sing, memorise all of this new music, get up there in front of minimum 18,000 people and still have a quality in his voice that is beautiful. Can sing high notes for days and has breath control…. sometimes I’m singing high notes with him and I’m thinking, he’s gotta stop now cos I’m gonna die.

‘This energy is so much needed in performing.

‘He makes me feel super-comfortable on stage… The entire first half of all of his concerts is opera.’

« Opera mag calls for singers to be paid for Covid cancellations