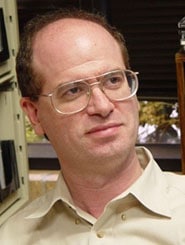 The University of North Texas has been humiliated by a judge’s ruling that it violated the first amendement to the US Constitution by removing Professor Tim Jackson from the editorship of the Journal of Schenkerian Studies.

Jackson fell foul of a New York academic Philip Ewell, who accused Heinrich Schekner of racism. When Jackson defended the famed Viennese theorist he, too, was accused of racism. The university, terrified of student activism and international solidarity, removed Jackson from his editorship.

…. Supreme Court precedent in the realm of academia could not be clearer:

The essentiality of freedom in the community of American universities is almost self-evident. No one should underestimate the vital role in a democracy that is played by those who guide and train our youth. To impose any strait jacket upon the intellectual leaders in our colleges and universities would imperil the future of our Nation. No field of education is so thoroughly comprehended by man that new discoveries cannot yet be made. Particularly is that true in the social sciences, where few, if any, principles are accepted as absolutes. Scholarship cannot flourish in an atmosphere of suspicion and distrust. Teachers and students must always remain free to inquire, to study and to evaluate, to gain new maturity and understanding; otherwise our civilization will stagnate and die….

Plaintiff alleges these actions have left him banished from the Journal he founded. Plaintiff also alleges UNT removed him from the Journal for his speech. The Court at the 12(b)(6) stage views the alleged facts in the light most favorable to Plaintiff, and, accordingly, can reasonably infer that Plaintiff was disciplined as a result of the controversial remarks published in Volume 12 of the Journal.

« Just in: English Touring Opera chief is being eased out