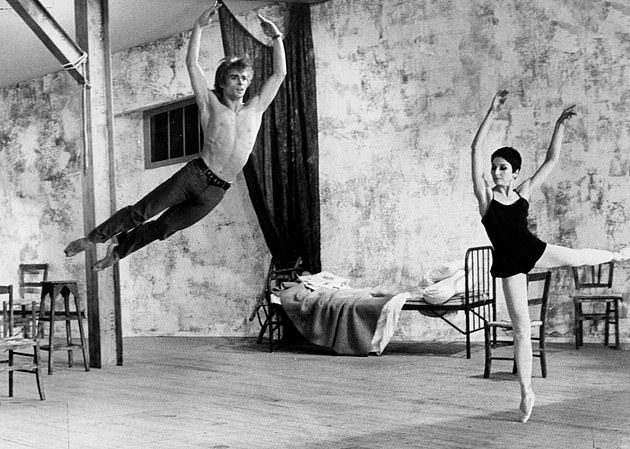 Exclusive: How I helped Nureyev defect to the West

The ballerina Kalliopi heard a firsthand account from the heiress Clara Saint on how the great dancer escaped his minders in Paris on June 16, 1961:

… At Le Bourget airport the Russian troupe are just about to fly to London to perform there for several weeks. Each dancer is given a ticket and in they go to the plane. When Rudolf puts out his hand for his ticket, two heavies grab him and say: “You’re not going to London! Back to Russia. No ticket for you!”

While this is going on, (Le Monde ballet critic) Olivier (Merlin) has come along to say good-bye. He takes in the whole scene: Rudolf being held back, while the rest are disappearing into the plane. Suddenly there is only Nureyev, the two heavies and Olivier in the waiting room. Immediately Olivier goes discretely to phone Clara, tells her to come straight to the airport. It’s five in the morning. Clara arrives in slippers and nightgown, just a coat over her shoulders. Olivier takes her aside and they both go to the airport police office asking what can be done for Rudi: is there any way he can stay in the West?

The officer tells Clara: “We can’t intervene, but if you are brave enough, go and whisper in his ear to come running into our office. This is French territory, and we are the police. So we’ll close the door with him inside and forbid the minders to come in. He then asks for help from the French authorities; we request a white passport for him and he’s free.”

That is what Clara does. She walks slowly towards him, the heavies giving her black looks: “I want to say goodbye to Rudolf.”

They know Clara is the reason he’s going to be punished by the Soviet authorities, but they let her approach him; she embraces him in a long hug, whispering into his ear:

“Go! Go! To that door!” – she indicates it with her eyes – “The French police are waiting for you for there. Freedom! Quick, go!”

She then walks slowly towards Olivier, almost in tears, but confident that Rudi will be as brave as her. She gets near Olivier; they give the impression they are leaving, wave good-bye to Rudolf. Keeping his wits about him, Rudolf waits a few moments, so the minders won’t suspect anything; in a split second he does what Clara told him. He digs his elbows into both minders and dashes into the police office. The agent on duty informs him very coolly: “It is official policy in cases like yours to leave you for half an hour in a closed room to think, entirely on your own, and decide if you really want to defect and stay in the West”.

A short time for a big decision. Rudolf duly walks out of the room with a smile on his face to say: “Yes, I want to stay!”