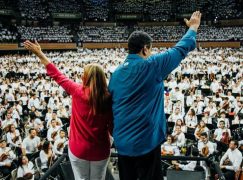 Sistema England, set up in 2014, has abruptly shut down.

All of its functions have quietly been transferred to the The Nucleo Project, run by Sistema co-founder Lucy Maguire.

After more than a decade of service, Sistema England passed over its activities and national role to Nucleo, including the Young Leaders Programme and the Instrument Donation Bank.

Today we’re as dedicated as ever to achieving social change through music, championing the growth of young people and communities in North Kensington and throughout England.

No mention is made of Sistema’s origins in dictatorial Venezuela.