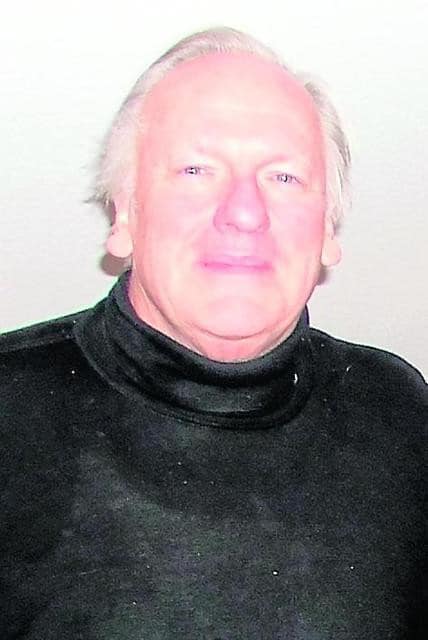 Death of an American heldentenor

The US opera singer William Cochran died on January 16, 2022 at the age of 78 at his home in Königstein im Taunus. This was announced by his close family. From the beginning of his international career, William Cochran performed as a Heldentenor in the most important opera houses of North and Central America as well as Europe and Asia.

After having won many of the most important singing competitions in the United States at the age of 24 – among others as the first co-winner of the Lauritz Melchior Heldentenor Foundation Grant – the student of Lotte Lehmann began his career in 1969 when he participated in the “New York Metropolitan Opera Auditions” and was awarded a contract by Sir Rudolf Bing to sing at the Metropolitan Opera as the “Young Heldentenor” even before the semi-finals of this competition.

Born in 1943, the tenor came to Europe in 1969, where he became a member of the ensemble of the Frankfurt Opera under Christoph von Dohnanyi and a regular member of the Bavarian State Opera in Munich. Regular engagements at the most important opera stages of the world followed (e.g.: Metropolitan Opera, San Francisco Opera, Covent Garden, Amsterdam, Opéra Nationale de Paris, La Monnaie Brussels, Zurich Opera House, Vienna State Opera, Berlin State Opera, Hamburg State Opera, and many more).

His repertoire comprised more than 60 operas, including all of Richard Wagner’s Heldentenor roles. In addition – and this was his artistic preference – character roles in contemporary operas. He also celebrated great success with the leading roles in Leos Janacek’s opera “Jenufa” and in Benjamin Britten’s operas. As “Peter Grimes” in Willy Decker’s production of the Brussels Opera he shone at the Teatro Real in Madrid in 1997.

For many years he appeared regularly at the Düsseldorf Oper am Rhein, for example in Schreker’s “Die Gezeichneten” (1987), but also in operettas by Jacques Offenbach, which suited his acting talent and sense of humor. The quality of acting in operatic performances was of great importance to William Cochran. This could be experienced impressively under Ruth Berghaus’ epic production of Wagner’s “Ring” cycle (1985-1987) in Frankfurt. “Technically, the education in Germany to become a singer is still excellent,” William Cochran told dpa in 2002, “but the charisma of the singer is the decisive factor for success. It comes down to the finishing touches.”

William Cochran became known through film, television and radio recordings as well as with numerous records, such as the first act from “Die Walküre” (Richard Wagner/EMI) under Otto Klemperer and “Doktor Faustus” (Ferruccio Busoni/DGG) with Dietrich Fischer-Dieskau under the direction of Ferdinand Leitner (This recording won the “Grand Prix du Disque” in 1971). William Cochran contributed to television and radio recordings with conductors such as Leonard Bernstein, Claudio Abbado, Richard Kubelik, Bernard Haitink, Wolfgang Sawallisch and many more as well…

His stage career ended abruptly in 2001 due to an accident that befell him on the eve of the premiere of the opera “Re in Ascolto” by Luciano Berio, whose main role he was to sing. He struggled with the consequences of the accident until the end.

After his active career, William Cochran dedicated himself to the musical education of young singers and the goal of introducing children to the specific art form of opera as early as possible in schools. Under the patronage of the Hessian Ministry of Education and Cultural Affairs and the Hessian Ministry of Science and the Arts, the project “Oper in die Schule!” reached some 10,000 students in elementary and secondary schools nationwide from 2004 to 2008. William Cochran’s work and the project with students from the Frankfurt University of Music and Performing Arts was awarded the INVENTIO sponsorship prize in 2004 by the acting Federal President Johannes Rau.

The Frankfurt Opera honored him on his 70th birthday with the words, “William Cochran’s scenic explosiveness, unmistakable vocal idiom, and the radiant penetrating power of his high-top notes sparked what in theater might be called a “magic moment.”

William Cochran leaves four children from his first marriage, eight grandchildren, and his partner and family.

« Is Hansel and Gretel a trans opera?