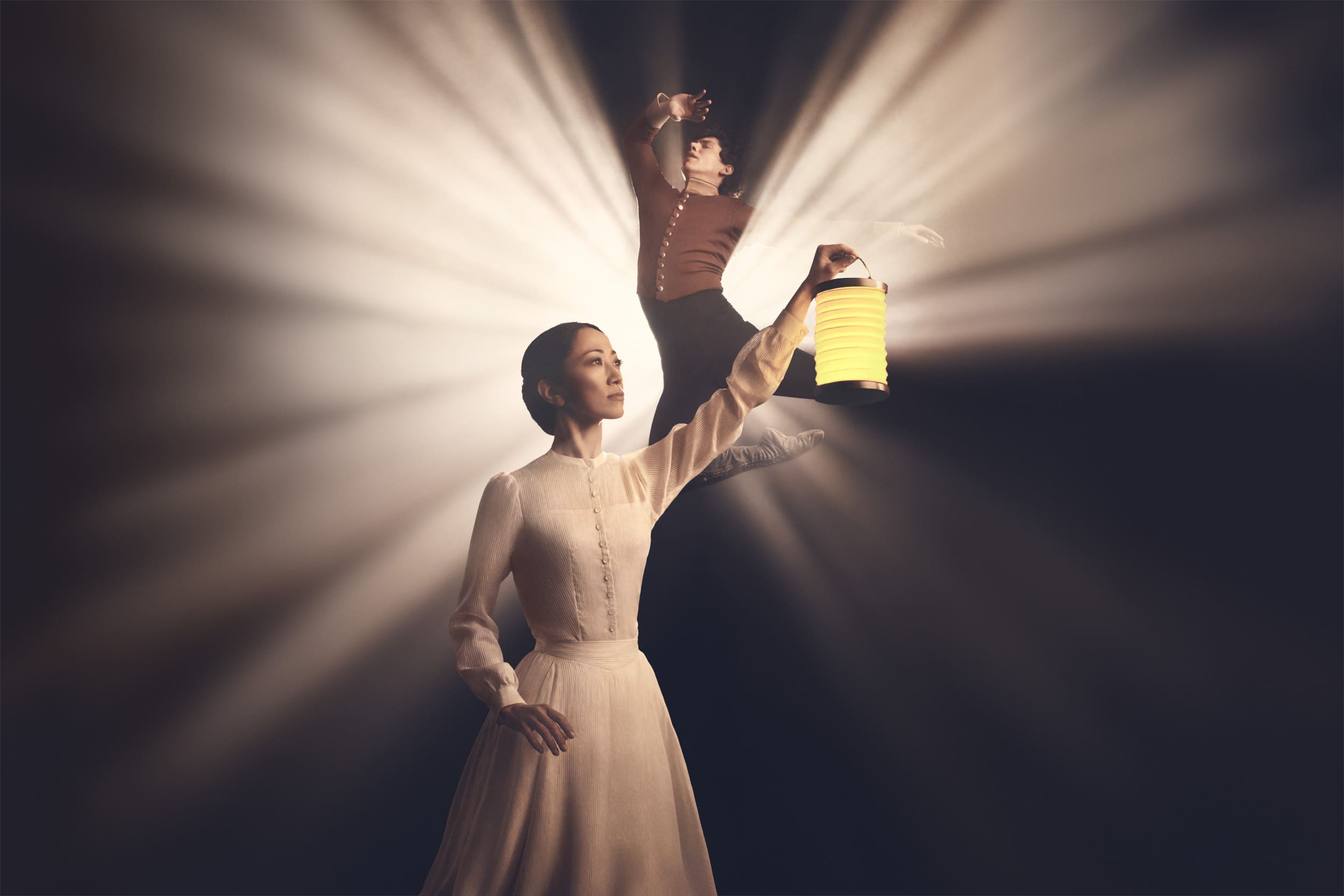 Raymonda, first produced in 1898, is a three-act classical ballet about a dramatically passive but eventually fortunate mediaeval Provençal damsel in distress with a luscious score by Alexander Glazunov and choreography by Marius Petipa. Or is it?

English National Ballet’s new production, by the company’s artistic director Tamara Rojo (soon to change jobs in taking up the same job at San Francisco Ballet) relocates the story to England and Sevastopol, updates the action to the 1853-1856 Crimean War, makes Raymonda a sub-Trollope English heroine who, while wooed by the English officer John de Bryan, takes up nursing in the Sevastopol campaign. There, she meets an Ottoman admirer (and British ally), Abdur Rakhman. Though she ultimately marries John, she recognises that she loves Abdur. Walking out of her own wedding, she sublimates her frustration by giving her life to nursing. This involves drastic rearrangements and reorderings of Glazunov’s score; and it changes or cuts most of Petipa’s choreography (despite careful research), especially in Acts One and Two.

If you’re not in a purist frame of mind, this Rojo Raymonda has many points of interest along the way. Where Petipa and Glazunov gave their heroine an Act One dream in which she’s reunited with her absent Crusader lover Jean de Brienne, Rojo gives her a sub-Tennyson vision of suffering soldiers and noble nurses. One of Petipa’s most classic creations is the entry of the female Shades slowly descending a slope in the hero’s dream in La Bayadère (19877). Here, Rojo refers to that subversively, starting Raymonda’s dream with a line of male soldiers slowly descending a slope. Their steps are close to those of the Bayadère Shades, but accentuated more to suffering than to transcendence. Amid this pained fantasy, Raymonda’s own uncertainties about the right spouse come to the surface.

Petipa’s original was silly (casually Islamophobe) about the Crusades and daft about European history. His Raymonda, while her fiancé is absent far away, finds herself courted by a Saracen, Abdur Rakhman. When he fails to win her by fair means, he resorts to rapist violence. Those beastly Saracens! But phew! In the nick of time, her fiancé, Jean de Brienne happens to pop back from the Holy Land with his uncle Andrew II of Hungary, just in time to slay Abdur Rakhman. So the happy couple promptly honour their royal benefactor Andrew by dancing their wedding celebration in full Hungarian style, happy ever after with nobody giving a thought to the late Saracen suitor.

But Petipa (who was eighty soon after Raymonda’s premiere) was the great anomaly amid the artists of the late nineteenth century. On the one hand, while Ibsen and Dostoyevsky were taking female psychology in new directions, he was stuck in a Walter Scott frame of mind in terms of drama. On the other, he was serious about classical dancing, constructing Raymonda as a series of carefully constructed suites of dances, in which ballet refinement rises like a sublime Platonic ideal above all other genres of movement – and he inspired Glazunov, so often rhythmically flaccid in other compositions, to many of his most gorgeously (and rhythmically taut) melodic writing in this work.

Rojo, by contrast, while she’s sorting Raymonda’s other problems, does considerable violence to both Petipa and Glazunov. She and her musical colleagues Gavin Sutherland and Lars Payne disregard structure and style, shift individual numbers from act to act, set busy dance steps to non-dance music, and reassign music to different characters. In the first scene, for example, Petipa and Glazunov composed an ensemble waltz for Raymonda’s name day that pauses to give the heroine a brilliant pizzicato solo. But Rojo interpolates a medley of other numbers before the pizzicato – which she gives to a different ensemble rather than to the heroine. Sutherland and Payne: at times they make poor Glazunov sound like Korngold in Hollywood.

Antony McDonald’s costumes and décor are wonderfully pretty. They and Mark Henderson’s lighting make many lovely impressions; I kept starting to like or love their Tennyson/Trollope alternative version of Raymonda. On Tuesday’s opening night, Jeffrey Cirio danced Abder with such panache that anyone could see why Shiori Kase’s Raymonda wanted to choose him. There were lively performances everywhere.

Yet Rojo diminishes one of the great ballerina vehicles by forcing this Petipa-Glazunov classic to be something it simply isn’t. Her tale of Raymonda’s amorous perplexities is less like a good novel or poem than an old Hollywood movie – indeed, like the 1936 Charge of the Light Brigade movie, where Errol Flynn sacrifices his own life and those of countless others because he wants his fiancée Olivia de Havilland to marry her true love, his brother. Don’t let’s ask for the moon, Abdur – we already are the stars.

« Tosca sells out in Vienna – but not at the State Opera