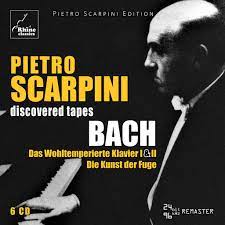 The pianist who brought Furtwängler to a standstill

One of my holiday treats was listening to newly discovered private tapes by the Italian pianist Pietro Scarpini, who died in 1997.

Scarpini was a fairly marginal figure in Italian music, much addicted to modern music and especially to keeping alive the memory of Ferruccio Busoni, whose monumental piano concerto he performed at La Scala, Milan, and recorded with Georg Szell.

The truly staggering new release, however, is a 1952 radio concert of Beethoven’s G major concerto with Wilhelm Furtwängler, where the soloist forces the conductor to go slower than he wanted, then slower still… it’s shadow-boxing of a very high order.

« The composer will now deliver your baby