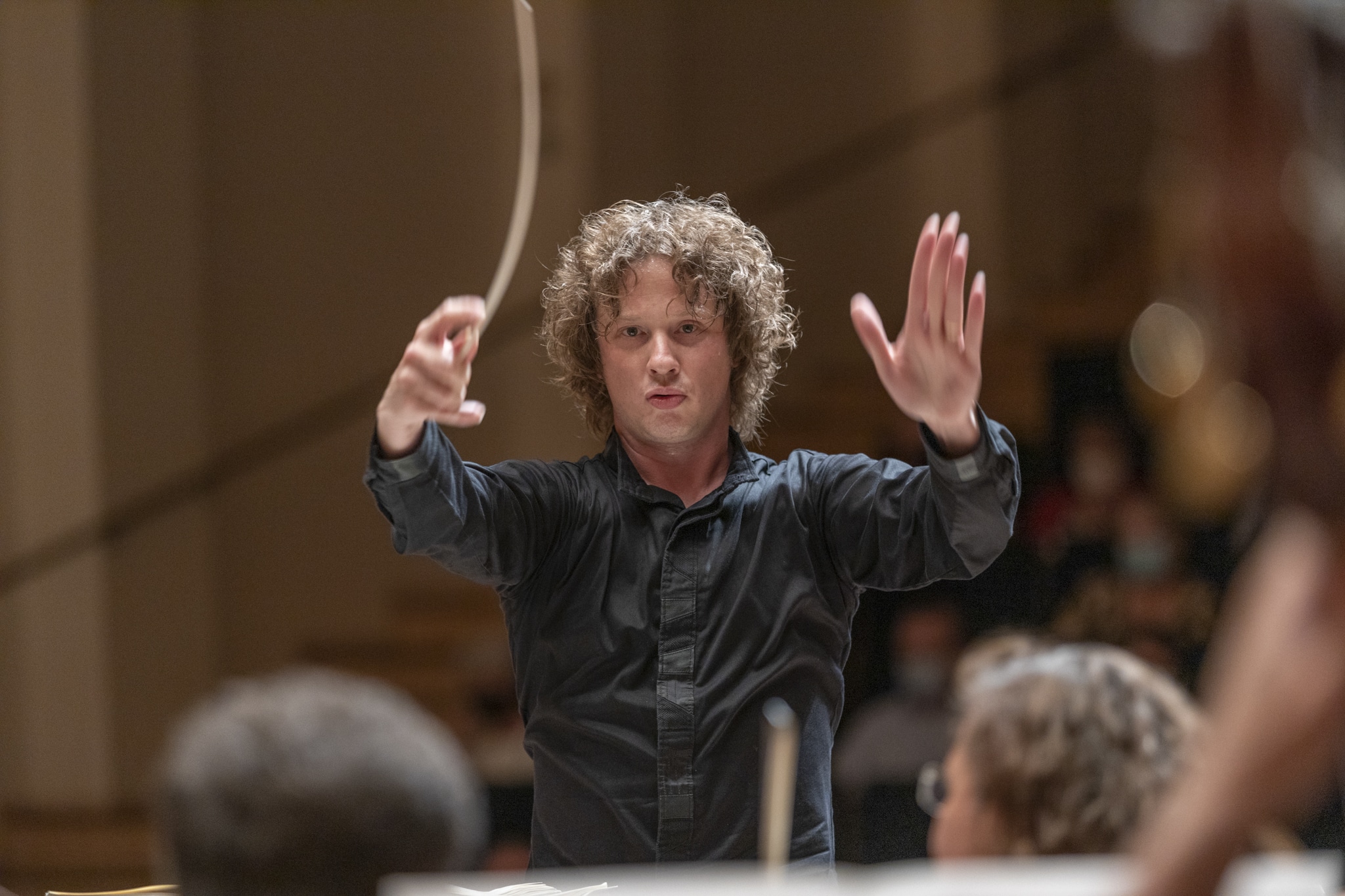 Secrets of spontaneity are cracked open in tearful Santtu dazzler

The two Finns who’ve been leading the Philharmonia Orchestra’s Human/Nature autumn season – the conductor Santtu-Matias Rouvali  and the violinist-conductor-composer Pekka Kuusisto – possess, to a rare degree, the secrets of spontaneity. They each know how to deliver a long and famous masterpiece as if it were a single thought, as if that thought allowed room for playfulness, and as if that play made laughter and tears exist, Janus-like, as opposite faces of the very same phrase.

They began Thursday’s concert at the Royal Festival Hall with the violin concerto of their compatriot, Sibelius. It was bewildering to watch Kuusisto’s cool lightness of physical manner and his calm avoidance of displays of apparent soulfulness while hearing how easily – casually – he opened the music’s soul. Wit flashed amid sometimes tragic melancholy; ultra-delicate high-lying lines added spectral dimensions; a dancing impulsiveness twinkled within larger urgency. How many contrasting facets of expression can co-exist within a single musical sequence? Rouvali, always alert and responsive, conducted as if the orchestra here were the changing air around the violin’s quest: now trembling atmosphere, now dark drama.

When Kuusisto returned for an encore, his opening words “Thank you” brought another happy ovation. He, a deadpan clown, quickly gave another bow and made as if for the exit. Then, however, he turned to ask us: would we like Bach or folk? There were calls for both. But, as he prepared to play, a little electronic jingle played somewhere. He promptly began playing that jingle, both teasingly and meditatively, as his prelude to a folk rhapsody. How glorious, in an age when much folk music has lost its vitality, to have a musician for whom folk inspires a large span of spirit, funny, impassioned, sweet, generous, twinkling.

After the interval, Rouvali returned to the podium. Without a pause, he at once released the orchestra in Beethoven’s Symphony no 6, the Pastoral. I used the verb “released” because the mood was often as if he had set them free.

Actually, we could often hear – not least at the unusually long pause after the very opening phrase and in the many cleanly instrumental cut-off phrase-endings – that every phrase in this rendition had been considered and rehearsed. It’s wonderful to watch the precision of this maestro in motion: the way he stands – sometimes feet planted wide apart, sometimes with legs calmly together – and conducts: his forearms, hands, and fingers are gorgeously coordinated in a wide range of textures. Once in a while, he also produces a sudden, pronounced change of tempo as startlingly as if he were a maestro from a century ago. (Willem Mengelberg came to mind more than once.)

Yet calculation plays no part in Rouvali’s effect. This Pastoral was wonderfully brisk, fluent, impetuous. Heart and mind – Beethoven’s and ours – felt united in one unbroken, evolving idea.

Along the symphony’s shining course, marvels occurred. The flute made sure we heard evidence of bird-calls unusually early in the first movement. The second movement, when trill upon trill sounded from the violins and wind instruments, recalled how Verdi’s Falstaff sings of the trill that invades the world” (“il trillo invade il mondo”): Beethoven’s trills catch the play of light and life within a landscape. Tbis whole Human/Nature season has often seemed an essay on musical mimesis. When does music depict the natural world? When does it transcend it? In this rendition, both these contrasting aspects of expression were always twinned.

The sheen of the Philharmonia strings, the sonorous clarity of its woodwind: to observe with ears and eyes how eagerly these work with Rouvali is a true joy. The famous “cuckoo” call became just one aspect of a larger instrumental tapestry. The violence of the storm had an element of impish glee. As for the exuberant thanksgiving of the final melody – was I alone in blinking back tears? I hope not. Nothing was more miraculous than the descrescendo near the end, where Beethoven suddenly tapers away his exhilarating climax, brilliantly steering us from ecstasy into hushed wonder in just one phrase.

« Opera of the Week: You want croissants? We got Éclairs