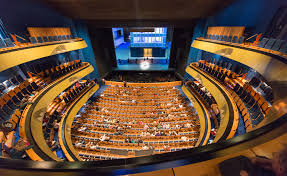 Opera says it has to ‘un-invite’ its audience

Just in from Frankfurt-am-Main:

Oper Frankfurt was told yesterday that, as of December 16, they can only admit a maximum of 530 audience members. Intendant Bernd Loebe is more than annoyed by the third change in rules in three weeks: „We are now faced with the task – after already having to tell several hundred people per performance not to come – of disappointing further opera goers in the space of two days! This is almost impossible but we will try, and hope our opera friends will understand.“

Oper Frankfurt is trying to schedule extra performances, in particular for Die Nacht vor Weihnachten / Christmas Eve, so that more people can have the chance of seeing them. Oper Frankfurt will be in touch with all affected audience members, so please do not try and make enquiries.

People attending performances who can prove they’ve had their booster shot no longer have to provide the result of a negative official corona test made that day.

« Exclusive: Another college head falls in the North

Death of a busy musicologist, 91 »