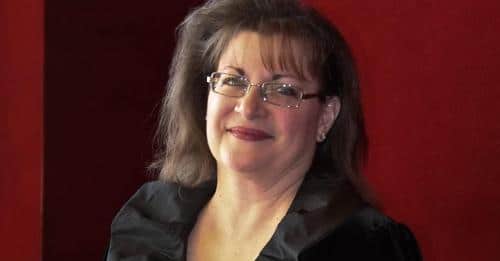 The unexpected death of Shirien Taylor-Donahue has left the Met orchestra grief-stricken.

Shirien was principal second violin from July 1987 to May 2016. She was married to Met Master Electrician Paul Donahue.

Her colleague Caterina Szepes writes: We cried on each other’s shoulders during difficult times and laughed tears countless other times when things were good; and things were good most of the time when you were with Shirien. Even this one time when we were in horrific traffic on Riverside drive, desperately trying to get to the Met on time while listening to our orchestra playing the overture to the Marriage of Figaro on the radio, – which we were supposed to be playing as well…

She was the most delightful violin teacher for my daughter Sophia when she was about 10 years old. They had so much fun,- often a violin lesson was combined with a cooking or baking lesson as well,- as she was the most incredible cook and had fun sharing it with my daughter. She was there for my family during Hurricane Sandy when we lost our electricity and couldn’t live at our house for a week. She had us stay with her and she cooked for us and made sure we were okay until we could live at home again.

« Danes and Dutch shut down for a month

Class is in: Leila joins Mannes »