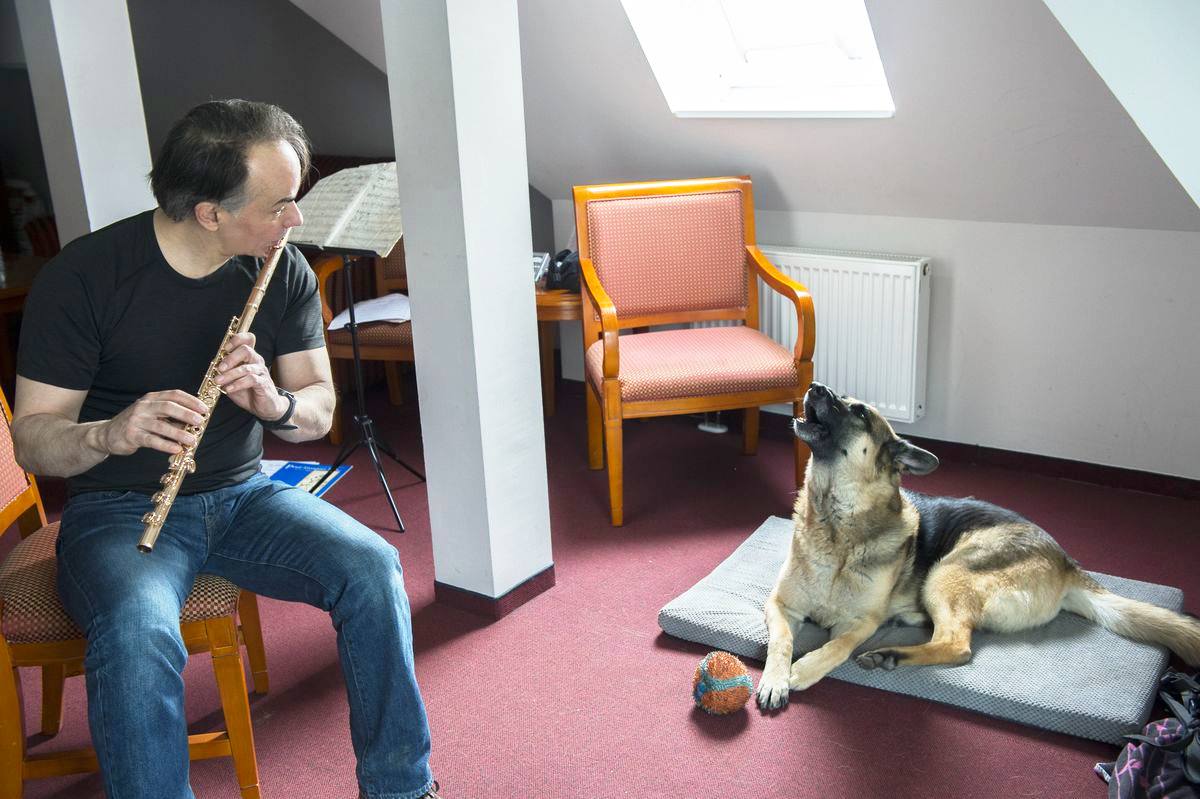 The Berliner Philharmoniker has advertised an immediate vacancy for principal flute.

We have been informed that Mathieu Dufour has left the orchestra ‘at his own request for personal reasons.’

Dufour, 48, was appointed principal flute of the Chicago Symphony by Daniel Barenboim in 1999. After a brief spell with Gustavo Dudamel in the LA Phil he returned to Chicago until 2015 when he won the Berlin audition to succeed Andreas Blau, sharing principal duties with Emmanuel Pahud.

It is highly unusual for a principal player to leave the Berlin Phil in mid-career. Colleagues say that Dufour’s ‘personal reasons’ involve a degree of dissatisfaction with some aspects of the orchestra’s Covid precautions.

Auditions for a replacement are scheduled for the last week in May.

Glenn Gould hires a conductor – and rehearses himself »