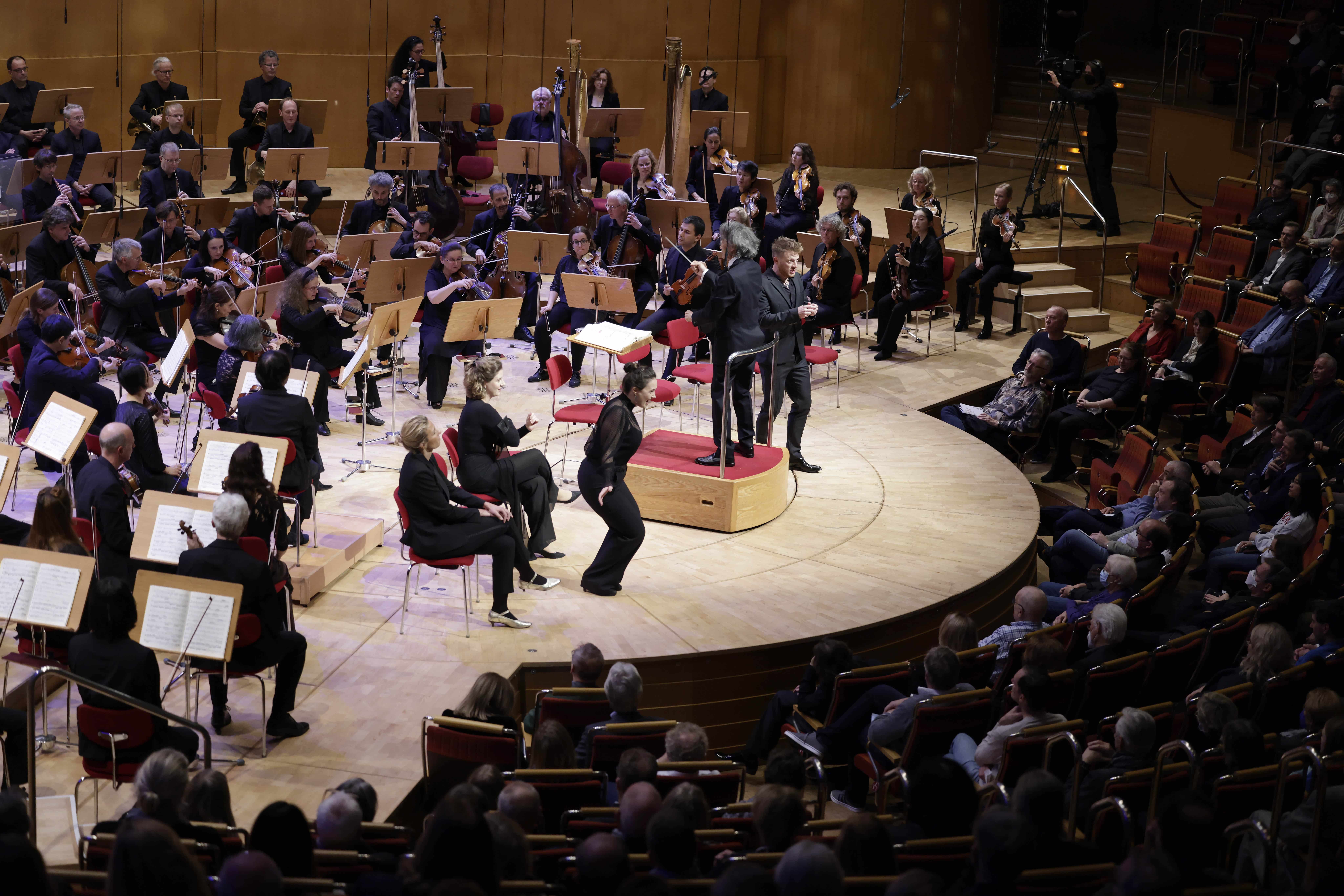 It began as a joke. After a concert with Kent Nagano, a musician from the specialist early music ensemble Concerto Köln asked Kent Nagano, “When are we going to do Wagner’s Ring together?”

After five years of planning, research, instrument-building, fund-raising and rehearsal, the Ring project was launched with Das Rheingold on Thursday evening at the Cologne Philharmonie. With this first-ever modern-day Rheingold on original instruments, it became clear that Concerto Köln’s Wagner is no joke. The 20-member ensemble has padded itself out with colleagues to full Wagnerian size, and worked with fanatical attention to detail.

From the first low rumble, it is clear that Wagnerian period instruments offer a glimpse of another universe. Gut strings and a background in historical performance mean a string sound that is more woody, more mellow, and infinitely more articulate than today’s. Players accustomed to the precise articulation of baroque music bring a refreshing clarity to the attack of individual notes. It is as if a string of shapeless vowels have suddenly acquired consonants, making language from what used to be just sound. The gut also changes the implications of playing without vibrato – instead of bare and slightly shrill, as it can be with metal-wound strings, it is soft and warm.

Wagner disliked the cor anglais, preferring the alto oboe. He used bass clarinets in A and B, and clarinets in C, which have long since fallen into disuse. Orchestral pitch was 435, significantly lower than today’s 440-443. The brass instruments of his time – including the famous Wagner tubas – have more bite, and sound more growly. The wooden flutes and muted horns both provide a veiled, otherworldly tone colour.

In all, the differences are significant. Nagano, taking Wagner’s metronome markings as his guide, chooses tempi which are sometimes breathtakingly fast, and occasionally arrestingly slow (though in the latter case, most noticeably when Erda appears, that may be driven by the singers’ choices).

An academic research team has worked on the question of “authentic” Wagnerian singing for the project, with a focus on clear enunciation and expressive gesture. The former has mostly paid off. The projected surtitles seemed like a declaration of poor faith; and indeed, it was possible to understand almost every word without them. 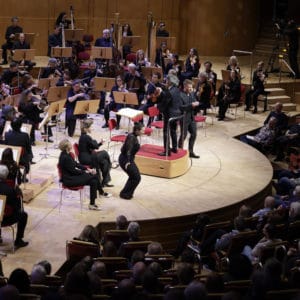 The cast is excellent. Daniel Schmutzhard is so expressive and compelling that you think, “This opera is really about Alberich!” Derek Welton sounds so fresh and sings with such warm intelligence and refinement that you think, “This opera is really about Wotan!” And then comes Thomas Mohr, stepping in at the last moment to replace Julian Prégardien as Loge, equally making the opera his – and, interestingly, just as clear in his text and pithy in his expression as those who have worked with the research team. Clearly experience in the modern world does count for something.

Nagano’s direction is crystal clear and exquisitely structured. Sometimes you yearn for a little more unfettered wildness, a little more metric freedom, a little less sobriety; but you can get those things elsewhere.

The “Wagner-Lesart” team of academics working on the project have delved into the world of 19th-century gesture. This aspect translates the worst to today’s concert stage, not least because the singers have taken it on board erratically. The Rhinemaidens seem about to break into the Village People’s YMCA; they are also the ones who make the most use of a kind of melodramatic speech used to replace song, which sounds more like Schoenberg’s Pierrot Lunaire and sends the audience into titters. As Fricka, Stefanie Iranyi uses both arms like a marionette; Welton points meaningfully into the audience. The event is billed as semi-staged, but this is something of a misnomer. Historically informed stagings are a minefield, often paralytically boring, sapping the subtext from the work, turning something conceived as cutting-edge theatre into a museum piece. This performance is all about the music, and that is enough, even if that is only half of what Wagner can be.

Concerto Köln and Nagano stand on the shoulders of giants. Roger Norrington, Marc Minkowski, Thomas Hengelbrock and Hartmut Haenchen, to name just a few, have all done ground-breaking work in historically-informed Wagner performance; this new Ring is a continuation.

Nevertheless, it is a huge achievement for Concerto Köln, and a fascinating experiment.

The performance was filmed for online streaming; the date for its release has not yet been announced. 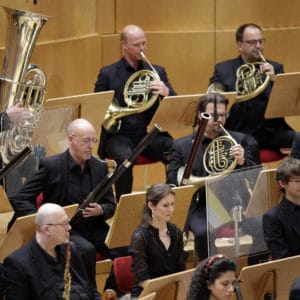 photos: Thomas Brill/Koelner Philharmonie
This is an initiative of the Köln Philharmonie and its intendant Louwrens Langevoort.

‘One of the most outrageous and corrupted competitions’ »