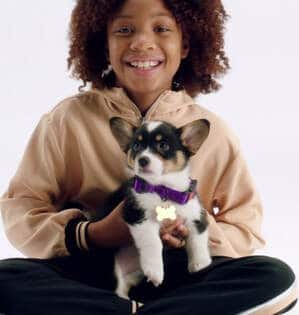 A Puppy for Hanukkah – Daveed Diggs
Click here to watch

Hanukkah, as I’m sure you all know, is a Jewish festival commemorating the recovery of Jerusalem and subsequent rededication of the Second Temple at the beginning of the Maccabean revolt against the Seleucid Empire in the 2nd century BCE. You did know that, didn’t you?  For those not of the tribe  I should point out that tomorrow is Hanukah, the Festival of Lights, where we light candles every night, eat potato pancakes – latkes – and give each other presents.

Daveed Diggs, from the original cast of Hamilton, whose mother is Jewish, which means that he is that blissful combination – Black and Jewish – wrote this song for Hanukkah last year and I fell in love with him, with the song, with the little boys singing it, and with the dog.
​
In a year when we need laughter and warmth more than ever, it definitely bears repeating. Watch it, you’ll see.

« The Finn edge of Emil Gilels