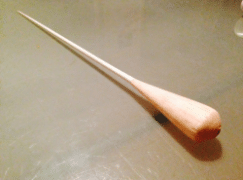 ‘One of the most outrageous and corrupted competitions’

A non-competing participant in this week’s Jorma Panula conducting competition writes to slippedisc.com:

I was a participant at the 8th edition of Jorma Panula competition, and I just have to blow some steam out after what happened this year at the competition. From the very first round results it was clear that there was a big disagreement between Panula and the rest of the jury, as none of them showed themselves to read out the results, which is quite unusual. The results showed clearly that about 7-8 of those conductors had connections with Schlafli, Pasquet or Montgomery who clearly started to favor their students and took a good chunk of the students not connected enough.

One might say “well they are good teachers, they have good students”. And that’s the thing, in the second round, one of those 10 did a terrible job with the Concerto, it was quite embarrassing to see, and yet he passed! There were conductors who did much better than him, and didn’t.

In the third round, this guy was one of the worst, still passed to the finals because he is a Pasquet student. This was a ridiculous outcome to see as well that the other two in the finals were Schlafli students present or in the past, and so those two guys completely took over Panula’s competition and promoted their own students.

The finals was supposed to have 4 competitors, none of the 3 others who were not connected enough to them were accepted, even though it was written 4 will be accepted. The so called reason for this was that no one has done Sibelius 5 in the semis so it couldn’t be done in the Finals. With a FINNISH orchestra!! that plays Sibelius every week of the year, they know that music by heart!!
Why not put someone else so that each gets one mvt of Strauss 4 last songs? Only because they weren’t from Schlafli and Pasquet.

This competition this year was by far one of the most outrageous and corrupted competition I have ever seen for many years. This is a high class competition, not some random little prize competition for conductors in Bulgaria. But this year winners have mostly not been worth of their prizes.

Panula himself told a friend who also participated in that competition that he was not happy with the competition results and that he didn’t approved any of the finalists. I can just hope that at the finals Panula will put his foot down and not award any first prize to any of them. But since Pasquet and Schlafli basically took over in such a corrupted way, I’m not sure such an ending will happen.

You can watch the finals here tonight: 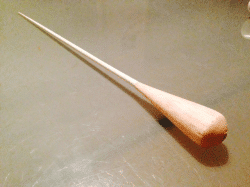 UPDATE: And the winners are all three finalists… ”The jury’s decision was the result of a good discussion combined with voting. All finalists are different in their own ways and have their own strengths. Neither one of them is complete at this stage, and one does not need to be. But without doubt, each one of them deserved their prize. – – There exists no crystal ball, but all of them have fair chances for a great success in the future,” commented Jan Söderblom, a member of the jury.