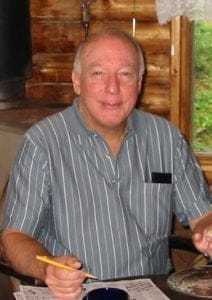 Message received:
It is with very heavy hearts that we announce the passing of former Principal Horn, Howard T. Howard. 📯
In 1962, Howard won the Principal Horn position at the Met, which he played for 46 years, working with the major conductors of the day, Erich Leinsdorf, Carl Böhm, Fritz Reiner, Georg Solti, Herbert von Karajan and James Levine, and renowned opera singers like Luciano Pavarotti. He loved to travel and was delighted when every spring the Met toured the East Coast and occasionally Paris, Japan, Austria and Germany.
On a personal note, when I began my career at the Met at age 22 – Howard showed me the ropes with kindness, and he always had an enthusiastic and upbeat manner about him. Somehow, no matter what we were performing or rehearsing, whether it was Fidelio with the exposed high horn solos, Strauss’ Capriccio or the Ring cycle, Howard never missed an entrance or a note – which is something of an achievement for a horn player. I will remember him and his gentle leadership very fondly.
– Barbara Jöstlein Currie, Horn

« Soloist is helped off stage in mid-concerto

Beneath the skin of London’s musical life »