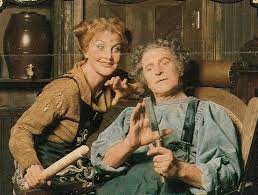 The lights in London’s West End will be dimmed on Monday for two minutes at 7pm in honour of the great composer who died on Thursday.

The West End, I once wrote, was quicker to embrace him than Broadway. And he returned the love.

Why was that? Discuss.

Stephen Sondheim is alive and well and living in London. Discard those reference books that describe him as a New Yorker born and bred, mentored by Oscar Hammerstein, the last white hope of the Great White Way. Distrust those critics who hail him as some kind of General Custer of the stage musical, defender of a doomed art against moronic hordes of Lloyd-Webber derivatives.

The truth about Sondheim is that he is a prophet with very little honour in his own land. Most of his musicals bombed on Broadway, before wowing the West End. Several reached the Royal National Theatre, one was sung by English National Opera and most can be seen up and down the land in church halls, college refectories and summer festivals. In English hands, Sondheim is safe – almost failproof.

For America, though, his harmonies are a shade too sophisticated, his wit too introspective, his metaphors too clever by half. Those who go to a musical in expectation of a boy-girl plot and a hummable showstopper feel cheated by Sondheim. He belongs less to the comfort line of Rodgers and Hammerstein than to the laconic self-lacerations of Noel Coward and Frederick Ashton. He writes, somehow, in an English accent. I have never met him, but I’m sure he’d say tom-ahto, not tom-ayto.

Our adoption of Sondheim does not denote superior taste. Many in the West End fail to get the point and even cultists admit that his work has lapses and must be taken whole, or not at all. Their nerve will be tested tonight (Wed) with the return of his greatest flop.

Anyone Can Whistle opened on Broadway on April 4, 1964 and closed after nine performances. Although its theme tune became a popular torchsong, the show has apparently never been staged again. Recast in concert form for a 1994 Aids gala, it was critically hooted as callow juvenilia.

Yet, and it’s a big yet, this was Sondheim’s first attempt at a full-blooded musical. It is seductively scored and rich in the moral complexities that he seditiously introduced to the genre. Its overnight failure remains a theatrical perplexity.

So I rang Arthur Laurents, who wrote the book and directed the original Broadway show. Laurents is a man of extreme candour who calls himself ‘Steve’s best friend’. They first teamed up on West Side Story (music: Bernstein, book: Laurents, lyrics: Sondheim) and went on to co-write Gypsy and Do I Hear a Waltz?. Laurents, 86, has given Anyone Can Whistle a 21st century makeover, cutting it to two acts and furnishing it with laptops and mobile phones.

‘Why did it crash?’ he wonders. ‘Most of the fault was mine. I was both writer and director: I needed someone to tell me you go blind if you do both. Then there was my casting: Angela Lansbury was wonderful, the other two couldn’t sing.’

That judgement is too subjective. On the original cast recording, Lansbury vamps and Harry Guardino emits a toneless growl, but Lee Remick as Nurse Apple renders the title song with a tender twist. ‘She was going out with Steve at the time,’ explains Sondheim’s biographer Meryle Secrest. ‘He was tremendously taken with her.’

Anyone Can Whistle is about a dying town whose decadent mayor invents a water-spouting rock to attract religious tourism. The town’s only other amenity is a mental home, the Coooky Jar. When the cookies mingle with the miracle pilgrims, no-one can tell them apart. The head nurse, its heroine, is an emotional wreck – able to relate only when tarted up in suspenders and speaking French.

‘The piece was ahead of its time,’ says Laurents. ‘It was anti-catholic, anti-capitalist and anti-bogus psychiatrists. It was against almost everything except individuality.’

In the new version, Laurent has excised ‘certain things I found embarrassing’ and fortified the aspect of love. Never a man to spare the hankie, he scored his biggest hit with The Way We Were, a wartime weepie filmed by Barbra Streisand and Robert Redford.

‘Theatre needs emotion,’ he insists. ‘We’re not there to be instructed. I’ve often argued this with Steve. He wanted me to work on Passion (his 1994 musical). I said the title’s a lie – it’s about obsession, not love. He asked me to write a musical he has been working on for the past seven years. It’s called Gold, and it’s about the Myerson brothers, a conman playwright and an architect who built Palm Beach. I didn’t respond to the material. He asks me to do things I haven’t connected with.’

One reason Laurents keeps his line open is, he says, because ‘there has never been a lyricist like Stephen Sondheim.’ It’s the lyrics that make or break a musical. Sondheim, uniquely, writes words to his own music. The songs are all his own and, some say, about himself. ‘Arthur said the song Anyone Can Whistle would be Steve’s epitaph,’ reports Meryle Secrest. ‘It’s about Steve – a person who is out of touch with feelings.’

‘Steve and I have been very close,’ reflects Laurents. ‘It’s hard for him.’ After talk of marriage with Remick (who later wed Kip Gowans and died in 1991), Sondheim stayed single, gay and socially enigmatic.

If all Whistle was about was emotional constipation, it would have deserved to fail. But it contains so many trademark devices that to ignore it risks distorting our understanding of what Sondheim does best.

Almost every Sondheim song seems to have a second meaning, or more. In ‘Anyone Can Whistle’, the uptight nurse might be yearning wistfully to learn a childhood skill. Or she could be expressing an inability to experience orgasm, or love itself. The genius of Sondheim resides in suppressing not (as Laurents would have it) human emotion, but the articulation of human emotion. Such reticence is more English in character than American.

He revels, also, in ideological ambiguity. ‘The opposite of left is right,’ chants the Anyone cast,’the opposite of right is wrong; So anyone who’s Left is wrong, right?’ Beat that, Mr Bush.

Sondheim leaves his audience confused and unconsoled. He does not eschew happy endings; instead, he subverts the meaning of happiness so that those who thought they were, are no longer quite so sure. In the murk, the authorial persona becomes immaterial. Sondheim succeeds in burying his own conundra in the cracks of our collective identity.

Dutch bring down shutters at 5pm »