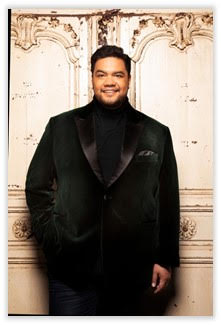 Label news: We have a South Pacific tenor

Warner Classics has signed a tenor from Samoa, possibly the first on a major classical record label.

Warner Classics has signed an exclusive contract with the tenor Pene Pati, a singer whose glowing lyricism is matched with a gift for establishing an immediate rapport with his audience. His first release on the label is scheduled for Spring 2022: a recital of arias from Romantic operas by Verdi, Rossini, Donizetti, Meyerbeer, Gounod, Massenet and Benjamin Godard, recorded with the Orchestre national Bordeaux Aquitaine and conductor Emmanuel Villaume.

Pati has risen swiftly up the world’s tenor ranks since his 2017 debut, singing the Duke of Mantua in Rigoletto, at the San Francisco Opera. A Samoan who grew up in New Zealand, he is a graduate of the Californian company’s Adler Program, one of the world’s most prestigious operatic training schemes. His first European appearance came in Donizetti’s Anna Bolena at the Opéra national de Bordeaux in 2019. He has performed in La traviata at Moscow’s Bolshoi Theatre and the 2021/22 season brings his debuts, singing roles in both Italian and French, at the Paris Opéra, Wiener Staatsoper, Teatro San Carlo in Naples, Staatsoper Berlin, Aix-en-Provence Festival and San Diego Opera.