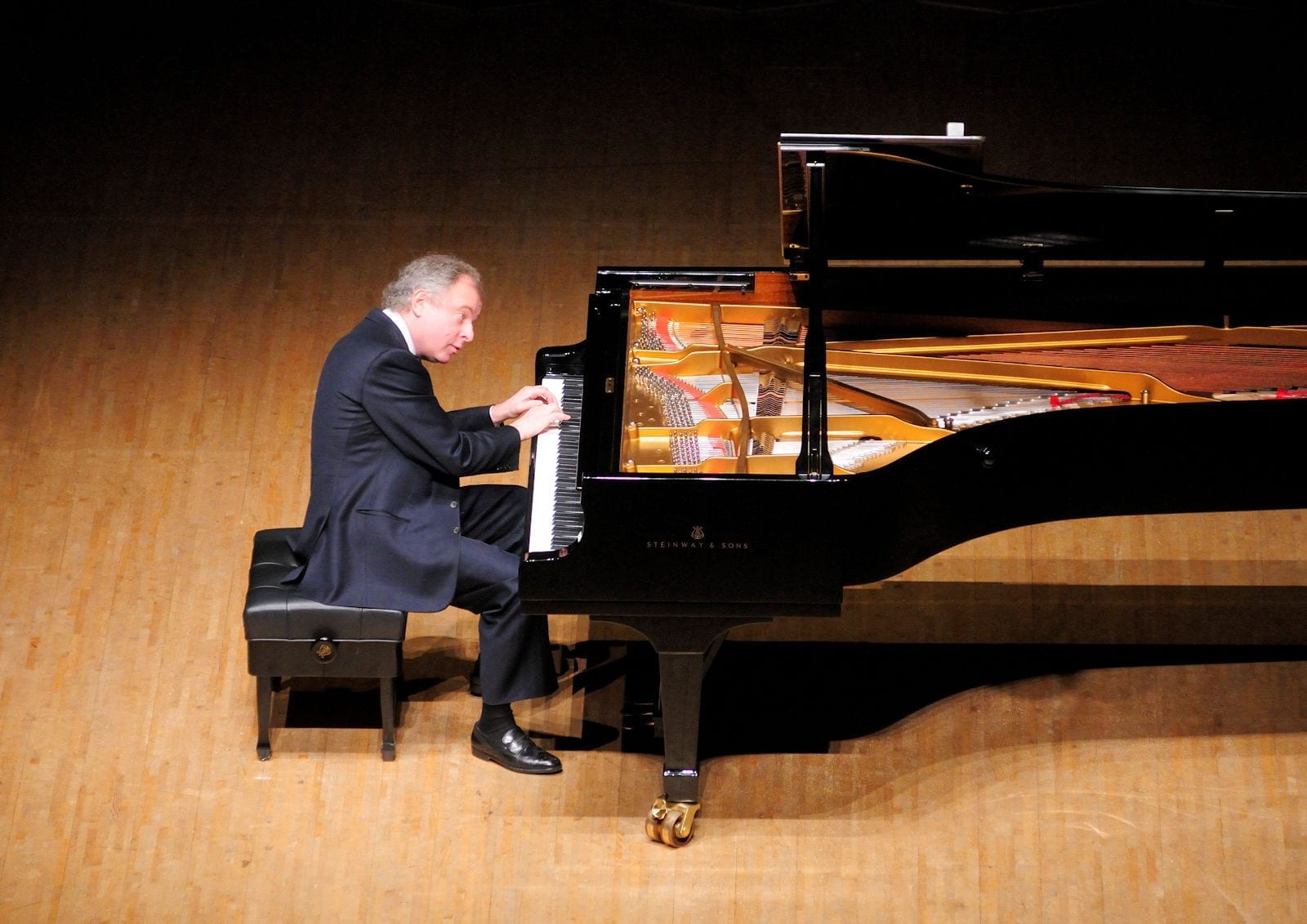 How to make a miracle in Mozart

A Feast of Mozart

The pianist Andràs Schiff comes onto the concert platform like nobody else in the world. Wearing tails, waistcoat, and white tie, with his arms hanging stiffly by his sides, and with his eyes scarcely seeming to see either audience or auditorium, he might be an undertaker or a sleepwalker, quietly possessed of some secret. Once he’s arrived, though, he’s perfectly – even sweetly – gracious to his colleagues, and without showiness. Then he sets to work.

There’s no glamour about Schiff, and no flamboyance. For these very reasons, he becomes a wonderful artist to watch as well as to hear. That quality of quiet concentration and classical repose draws you in. Playing apparently from a still centre of composure, he becomes a mass of expressive variety.

At the packed Royal Festival Hall on Thursday, he played and conducted the Philharmonia Orchestra in “A Feast of Mozart.” He opened this quadruple bill with the Piano Concerto no 9, K. 271. This is famous for the startling ease with which it reinvents standard concerto form: its very opening phrase becomes an exchange between orchestra and piano. From here onward, Mozart, then aged twenty-one, is absolute master of his medium, taking every phrase just where he wants.

The same was true of Schiff. His was Mozartian playing not just for its clarity and elegance but in its way of apparently taking us into the creative intensity of the composer’s thought. Simplest moments became brimful of harmonic and rhythmic tension. Jocose lightness and poignant emotion were astoundingly balanced.

The andantino second movement, starting exquisitely elegiac, built up to quiet marvels of pressure, only then to relax into a seraphic glow. In the concluding movement, effects of melody and percussive rhythm played fascinatingly off each other: an effect of fluent charm here is immediately counterbalanced by a softly hammering pulse.

There followed the “Linz” Symphony (no 36 in C major, K. 425). Even when Schiff has no pianistic duties, he conducts with marvellously gentle economy. He seems simply to release and coordinate the orchestra, rather than to drive or manipulate it.

Nonetheless, one beauty upon another emerged, with range and eloquence out of all proportion to Schiff’s physical manner. The opening adagio had scarcely started than a quietly descending line for the upper strings at once brought tears – which Mozart quickly dried. Whenever you think you know the mood this composer is creating, he makes some adjustment of harmony or dynamics to take you somewhere new. As Schiff kept showing, he’s the most expressive and the most elusively ambiguous of artists.

After the interval, Schiff returned to the platform. Then he sat at his piano for a moment. Then he rose to conduct the overture to Don Giovanni (with the concert ending devised by Mozart). Then, after facing the orchestra a while longer as if ready to conduct the overture’s sequel, he suddenly sat down – and commenced Piano Concerto no 20, K.466.

What a sensational pairing! Don Giovanni, from its fateful opening chords, shows Mozart communing with the dark and massive terrors of Hell. At the start of the Piano Concerto no 20, he’s driven by demons.

And here Schiff himself seemed newly possessed – not in any exhibitionist way but in the insistence with which he often powered his way along, his left hand at times hammering with frightening force. Just as this startled you, he and Mozart turned celestial. This music is Faustian drama, with Mozart the creative genius caught painfully between heaven and hell – yet able to move between them with bewildering fluency.

Schiff never over-forces this drama: he’s modest, selfless, even at moments of peak intensity. In his third-movement cadenza, he fleetingly invoked Don Giovanni, thus clinching this pairing of darkly supernatural Mozart masterworks. Then for an encore he returned us to Mozart the serene, Mozart the elegant, Mozart the lyric poet.

As Schiff thanked his Philharmonia colleagues, you felt the elation he shared with them. The whole evening – lasting almost two hours and a half – had been a study in alchemy, in metamorphosis, in miracle-working. How can one composer achieve so much, often in a single phrase? 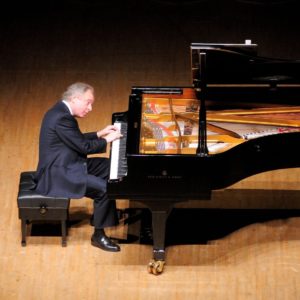