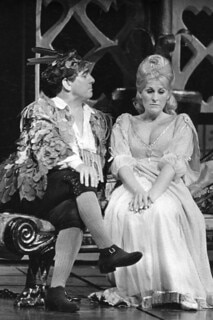 Death of a Covent Garden star

We have been notified by mutual friends of the death of Joan Carlyle, one of the early home-grown singers of the Royal Opera House.

Nurtured by Rafael Kubelik and Rudolf Kempe, she sang opposite Maria Callas in Cherubini’s Medea, opposite Jon Vickers in Verdi’s Otello and in the title role of Richard Strauss’s Arabella, among many other versatile performance. She sang Jenifer in the first recording of Tippett’s opera, The Midsummer Marriage.

Her enthusiasm for the art was irrepressible and her friendships lifelong.