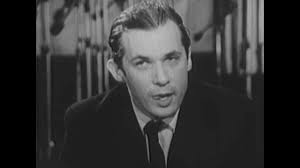 The Ah-pah-ssi-onata by Glenn Gould

Our mutual friend Daniel Poulin writes:
“The Appassionata Scandal” is the title of some YouTube video. Gould would have loved it. He knew quite well that his extremely slow version of Beethoven’s beloved passionate work would trigger all sorts of reactions. Surprisingly, not all music lovers were shocked by his unique approach to a sonata he officially disliked. A few samples:
— “I find it funny when people use the word “scandal” like this. That just shows how boring and same many interpretations have become. Ironic that they want more sameness, or else it is a scandal”.
— “Scandal or not, I love what he does with this”.
— “This isn’t scandal at all! This is so emotional, and just so, so, so beautiful! Gould is pure genius!”
— “I don’t see what is so crazy about this recording. It is constantly engaging and emotional. Nor is the conception entirely radical or at odds with “traditional” readings – it still manages to capture what we recognize as the essence of the Appassionata. It is, as with all Gould recordings, an immaculately structured, technically flawless, and dedicated performance of the piece.”
— “Although it was quite a shock when first hearing this, I must admit the more I listened to it, the more it grew to me. He was constantly exploring new grounds which is hard to do in the classical music scene and any serious musician who is able to look beyond his own ego and personal taste, should be grateful for that. Most importantly, I admire his courage to do what he believed was right and to stay true to himself.”
— “Listen to the third movement. Gould eventually catches up; it’s glorious.”
— “Isn’t it great that still today there is so much discussion about this work!”

In one of our rare tensed discussion about his recordings over the telephone one late evening I recall Glenn being quite adamant: “The Appassionata was created when Beethoven was preoccupied with being Beethoven; he was pompous and defiant to the point of over confidence. When his furious onslaughts find their mark, it works; but in the Appassionata his method does not work”. Gould rarely sounded impatient with me but on this particular occasion I could feel the tension escalating. So to defuse the situation I told him I really liked the Andante, even suggesting it could be used as a background sound track for an erotic amourous scene in a love story movie. He bursted out laughing saying “There is no sensuality in the Appassionata”.
An average performance of the entire Appassionata sonata lasts about twenty-five minutes. Gould’s performance takes more than 31 minutes.