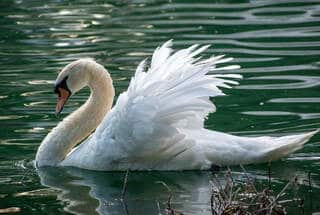 Tchaikovsky’s Swan Lake  x 12
Click here for tickets : Subscription TV
MarqueeTV, one of my go-to websites for arts programmes, is having a blitz on Swan Lake, that most familiar of classical ballets, by making available the many and various versions from the world’s ballet companies, including a few less well-known efforts.

Swan Lake is perhaps the most beloved and widely performed ballet in the world. The story, the music, and the choreography are complex and rich – proving to be an endless source of inspiration for performers and creators alike. This collection brings together classical and contemporary interpretations of the ballet as well as the score. Featuring performances from the Bolshoi Ballet, The Royal Ballet, Norwegian National Ballet, Zurich Ballet, Scottish Ballet, Paris Opera Ballet, Theaterhaus Stuttgart, Les Ballets de Monte Carlo, the London Philharmonic Orchestra, and the City of Birmingham Symphony Orchestra.

In addition to the straightforward familiar renditions, there are a number of fascinating offshoots, films which document the mounting of a new production, films which use the traditional Swan Lake as a jumping off point to make their own ballets, even a fascinating interview with the Russian conductor, Vladimir Jurowski of the London Philharmonic Orchestra, about Tchaikowsky and his intentions for Swan Lake.

Star choreographers Hofesh Shechter, Cayetano Soto and Andras Morell have each created their own version for Theaterhaus Stuttgart. The result is three 20 minute long performances as diverse as their choreographers.

Several of these Swan Lakes are pretty out there, including Ethadam’s rendition where the codes of classical ballet are mixed with breakdance and hip hop techniques on electro beats and the original music, while the Norwegian National Ballet is joined by actors, musicians, a soprano and 1,000 rubber ducks in their performance.

I’ve given you just the overall link to the entire series so that you can make your own choices from among the 12 different programmes included in this set.

Here is a preview from Theaterhaus Stuttgart: