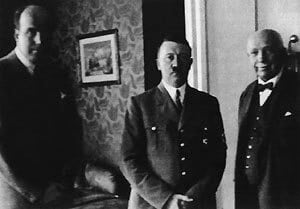 Munich is urged to cancel Richard Strauss due to Nazi past

The Munich city archive has called for an ‘increased need for discussion’ about city streets which are named after persons with a Nazi past.

Near the top of the list is the composer Richard Strauss, who was briefly head of the Reichsmusikkammer until he was found corresponding with his exiled librettist Stefan Zweig.

Strauss was born in Munich, where his father was principal horn in the court orchestra. There is a Richard-Strauss-Strasse and a Richard-Strauss tunnel at the heart of the city. Munich also named its Arabellastrasse and the Arabellapark after one of his operas.

The city council will start to consider the cancellation proposal this Thursday.

Bernard Haitink’s last concert is coming up for release »