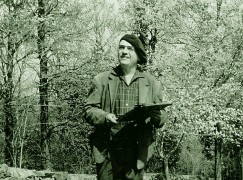 The title of the Philharmonia Orchestra’s autumn season at the Royal Festival Hall, “Human/Nature: Music for a Precious Planet”, contains several ideas. One is ecological: music can evoke matters worth saving from environmental disaster. Another is the view that the tension (and/or harmony) between humans and nature may be the subject of works of art. (Beethoven’s Pastoral Symphony comes later in the series, on December 2.)

A third idea is yet more fundamental: that music can express subjects other than itself. But can it? Stravinsky in his Autobiography claimed, “For I consider that music is, by its very nature, essentially powerless to express anything at all, whether a feeling, an attitude of mind, a psychological mood, a phenomenon of nature, etc … Expression has never been an inherent property of music.”

Even if we disagree with Stravinsky here, it’s valuable to listen to music that expresses or addresses the physical order while expressing primarily music itself. Thursday 28’s concert at the Royal Festival Hall was of twentieth-century French music written in Stravinsky’s lifetime. Although its three works – Ravel’s Miroirs (1904-1904), Messiaen’s Réveil des oiseaux (1953), Ravel’s Daphnis and Chloé Suite no 2 (1909-1912) – were all chosen because of their depictions of the natural world, you could also hear how each was simply an investigation of music for its own sake.

The conductor was Thomas Sondergard, replacing Pablo Heras-Casado; the pianist was Pierre-Laurent Aimard. Ravel’s Miroirs, a work he originally composed for piano alone, has five parts: the third and fourth were given in the orchestral settings he composed, but the other three – which he never orchestrated, though others have done so on his behalf – were played by Aimard in their original piano versions. Whether writing for piano or orchestra, here was Ravel the sonic explorer, boldly charting new acoustic possibilities, combinations, resonances.

In Noctuelles (Moths), the first of the Miroirs, Aimard immediately cast a spell with the semi-melodic clusters of notes, often high and fast, interspersed with descending staccato; and in Oiseaux tristes (Sad birds) he made the insistent repetition of small notes fascinating. Yes, we can hear what’s moth-like about Noctuelles and birdlike about Oiseaux tristes, but those evocative aspects of the music aren’t really what’s most interesting here.

How good to hear Ravel the experimentalist: Aimard plays the piano like a scientist in the laboratory. Much the same was true when Sondergard conducted Une barque sur l’océan and Alborado del gracioso, the third and fourth Miroirs, although Ravel’s brilliant command of orchestral sonorities is far from his way with pianistic sound. When Aimard closed the suite with La Vallée des cloches, the music’s amazing tintinnabulations certainly said what they said about bells, but what was most radical here was the lingering of sustained chords (so that the piano became its own echo-chamber), the repetition of tiny sub-phrases, and the poetic control of diminuendi (fading effects).

Messiaen is a divisive composer even among devotees of advanced musical modernism. The critic Charles Rosen referred to his scores as “Saint Francis Treading on the Birds”; yet I remember a glorious concert of his organ music after which one young American rapturously exclaimed “Gee, to think I spent all that money on drugs when I could have had the same experience with Messiaen.” As a depiction of birdsong, his Réveil, despite a wealth of detail, is only intermittently captivating. As sheer musical form, though, Aimard and Sondergard made it riveting, especially in the passages of greatest rhythmic multiplicity (when individual avian voices merge into polyphony).

The concert concluded with the second suite from Ravel’s Daphnis. Even though many of us know this as an old friend, it abounds in musical miracles whose radiance and meanings come up differently on successive listenings. With the Philharmonia and Sondergard, it became a study in both time and timelessness: Ravel sometimes flooded the senses while apparently stopping the pulse, yet in other sequences made nature itself seem one giant heartbeat.

In perhaps the score’s most sublime paradox, the strings play softly metric pizzicati, while the flute solo’s melodic line pours forth regardless – like birdsong – with no evident metre. We’re made aware of both time and its suspension, of both world and soul. 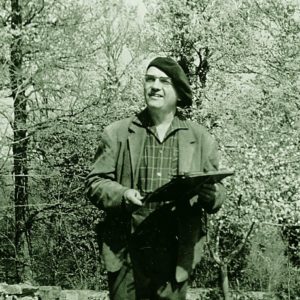 « Opera of the Week – Der Rosenkavalier from Garsington

Stockholm names a boss with no experience »