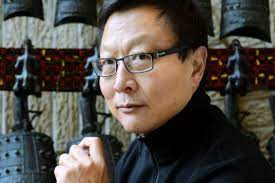 The following letter has been published on a Marxist website in support of the composer Bright Sheng, who has been suspended from teaching by the University of Michigan after showing a blackface Othello film in class. We cannot vouch for the size of the signatory group.

The International Youth and Students for Social Equality demands the immediate reinstatement of Bright Sheng, the Leonard Bernstein Distinguished University Professor of Composition, to his position as instructor of undergraduate composition. We further demand that you and the university administration apologize to Professor Sheng and publicly repudiate all slanderous attacks on Sheng for being “racist” or for carrying out a “racist act.”

The University of Michigan launched its attack on Professor Sheng after he screened for his class the acclaimed 1965 film version of Shakespeare’s Othello, directed by Stuart Burge and starring Laurence Olivier. In the race-obsessed environment of contemporary American academia, it has become a crime to have students view one of Shakespeare’s greatest plays as performed by one of the 20th century’s greatest actors. Othello’s tragedy was that he “loved not wisely, but too well.” Apparently, for the University’s race police, Olivier’s fault lay in that he performed not wisely, but too black.

Professor Sheng’s removal followed students’ complaint that Olivier plays Othello, a Moorish general from North Africa in the Venetian army, with black make-up. One of these students subsequently stated to the Michigan Daily that she was “shocked that [Sheng] would show something like this in something that’s supposed to be a safe space.” Safe from what? The emotional and intellectual complexity of Shakespeare’s drama? Culture? Thought? Once again, the complaints of poorly read, miseducated and disoriented students have been given privileged status.

Shamefully patronizing the students’ reactionary nonsense, you sent a department-wide email stating that “Professor Sheng’s actions do not align with our School’s commitment to anti-racist action, diversity, equity and inclusion.”

After pressuring Sheng to leave his position as instructor, you justified your unconscionable attack on academic freedom by absurdly claiming, with consummate cynicism, that his removal would “allow for a positive learning environment.” Professor Evan Chambers, who advanced his career by taking over the seminar, declared that Sheng’s showing of the film was “in itself a racist act, regardless of the professor’s intentions.” You then reported the “incident” to the university’s Office of Equity, Civil Rights, and Title IX.

The actions taken against Professor Sheng, a world-renowned scholar, may well rank as the most shameful episode in the University’s history. It exposes the extent to which the unrelenting promotion of racialist ideologies—fraudulently legitimized with pretentious postmodernist jargon—has created a thoroughly toxic environment on university campuses.

Any serious examination of Shakespeare’s play and the career of one of the 20th century’s greatest actors demolishes the charges of racism leveled against Olivier and the 1965 production. Comparisons to the racist depictions of African Americans in blackface are ignorant. The denunciation of Olivier’s performance is particularly preposterous in that the actor was attempting to take on the timid, semi-racist approaches to the Othello character that had prevailed for a century and a half.

In representing Othello as black, as an African, Olivier was rebuffing various commentators appalled at the thought of the white maiden Desdemona falling in love with a black man. Indeed, Olivier explains in his memoir that the dominant “coffee-colored compromise” had arisen “out of some feeling that the Moor could not be thought a truly noble Moor if he was too black and in too great contrast to the noble whites: a shocking case of pure snobbery.”

Olivier, who was fastidious in his depictions of all the Shakespearean characters he played, was endeavoring to bring out in his performance as Othello the racial conflicts and prejudices that were central to Shakespeare’s play.

Whatever confusions students might have about the performance should have been addressed and clarified in the course itself—that is, by fostering a “positive learning environment.” Instead, the university joined the assault on Professor Sheng.

The consequences of the university’s actions are far-reaching. The campaign against Sheng is aimed at intimidating faculty members and students who oppose the use of race and other elements of identity politics to stifle academic freedom.

In condemning Sheng, moreover, you, and all those participating in this campaign, are playing into the hands of the far right, which is already exploiting the antidemocratic attack for its own reactionary purposes. The fascistic forces around Trump seize on the racialized politics of the Democratic Party, aggressively promoted at the University of Michigan, to dress themselves up as defenders of democratic rights.

Professor Bright Sheng is owed a public apology. The International Youth and Students for Social Equality, which has been active on the campus for many years, calls on the university administration to retract the slanders against Professor Sheng and immediately invite him to return to the classroom from which the distinguished artist should never have been removed.

The International Youth and Students for Social Equality at the University of Michigan, Ann Arbor