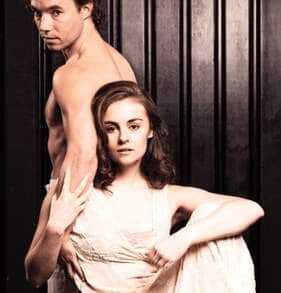 A new musical adaptation of D.H. Lawrence’s infamous literary classic, Lady Chatterley’s Lover, directed by the award-winning Sasha Regan with music and lyrics by John Robinson, was filmed this summer, and is now available to stream.

Banned as scandalous erotica when first published in 1928, the novella, about an upper-class woman’s affair with her gamekeeper, went to trial for obscenity in Britain in 1960. Lawrence’s text caused outrage not just because of the expletives and explicit sexual relationship, but because it presented a physical relationship that traversed social class divides. Lady Chatterley’s pursuit of a life more than half-lived changed the literary landscape of Britain.

Perhaps Georgia Lennon and Michael Pickering, as the illicit lovers, will generate enough steam to fog up a few glasses. Seems rather tame now but anyone old enough to remember the fuss surrounding the obscenity trial won’t soon forget it.

Why Nathalie Stutzmann just made it easier for the next »