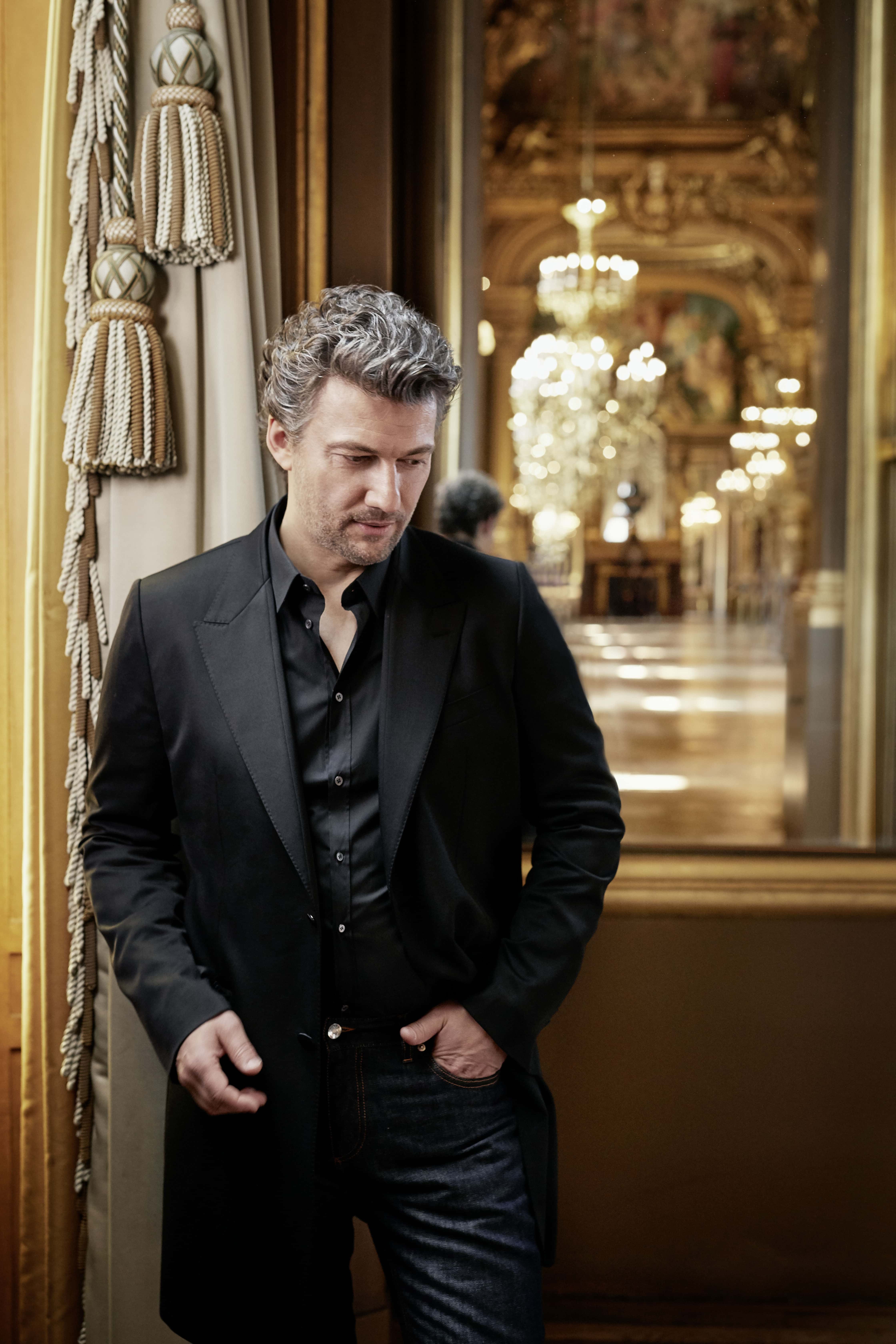 The tenor overcame his recent ailments to sing last night for Texas gold.

Wednesday evening, acclaimed tenor Jonas Kaufmann performed with the Houston Grand Opera Orchestra at the Wortham Theater Center in Houston, Texas. Conducted by Houston Grand Opera Artistic and Music Director Patrick Summers, this was Kaufmann’s very first visit to Houston and is his only North American appearance this season with a full orchestra. Houston has a rich history of supporting the arts, with the financial capital to bring the “world’s best tenor” to town. Originally scheduled to appear in Houston a year ago, that engagement was canceled along with the rest of the HGO season. Tonight was the first HGO performance before a live audience in 602 days. It is also the first onstage performance by the HGO orchestra in three years.

Kaufmann was in fine form, even with his having a recent bout with a throat infection. The program had two parts– the first half featured various works by Italian composers, the second half works by Richard Wagner. Summers led five orchestral pieces interspersed between seven arias sung by Kaufmann. The concert began with the Overture from La Forza del Destino by Giuseppe Verdi. For this, conductor Summers was a bit stiff, displaying a mostly vertical beat with little variation between forte and pianissimo. As a result, much of the tragic pathos was lost, and small written phrasing inflections were not clear. The HGO orchestra played well, with the exception of small ensemble problems in the coda. For conductor and orchestra, the best was yet to come.

Kaufmann then entered the stage to sing a duo of arias, “Cielo e mar!” from La Gioconda by Amilcare Ponchielli and “La vita é inferno…Oh! Tu che in seno agli angeli” from La Forza del Destino, featuring an extensive and musically played clarinet solo. Kaufmann displayed a beautifully powerful voice, neither in your face nor in the mask. He sang pianissimo notes with total control, then grew seamlessly to forte in a single breath. Following the Intermezzo from Manon Lescaut by Giacomo Puccini (highlighted by a beautiful cello solo), Kaufmann sang “Un di all’azzurro spazio” from Andrea Chénier by Umberto Giordano. This was a first-half highpoint for sensitive emotional expression.

Summers’ conducting was fluid and expressive, coaxing finely shaped and tonally suave phrasing from the HGO orchestra. Kaufmann returned to sing “Mamma, quel vino è generoso” from Cavalleria Rusticana. Humorous at first (Mama, this wine is strong), it ends with a plea for Turiddu’s mother to give him one last kiss before a fight to the death: an emotional end to the first half of this momentous concert.

Switching gears and countries, the second half of the concert featured works by Richard Wagner. While the Italian works were largely emotional, expressive, and subjective, the German composer Wagner wrote noble, reverential, objective, and structured arias. In that contrast Kaufmann became a different singer. One half was not better than the other, it was simply remarkable that Kaufmann could morph so effectively and effortlessly. Therein lies a true artist. The emotional spectrum was more constrained and the vocal lines more linear, but the impact was no less great. Arias from Die Walküre, Parsifal, and Lohengrin were given interpretations of extraordinary power and refinement. Kaufmann gave special tone and expression to the German words for “dove”, “precious”, and “splendid”.

Between arias, Summers led two excerpts from Lohengrin, the Prelude from Act III and the Prelude from Act I. The Act III Prelude showed off the competent brass section, while the Act I Prelude exposed an excellent violin section. Throughout the evening, fine playing was given by solo oboe, clarinet, trumpet, violin, and cello. The first violin and cello sections were notable. A tense moment developed when Kaufmann and the low brass were not together for a few measures in “In fernem Land” from Lohengrin. Kaufman was unfazed while Summers brought things back in alignment. Considering the very short rehearsal time allotted, along with new and unfamiliar performance conditions, it is fairly remarkable more such problems didn’t surface. This is an opera orchestra any large city would be proud to call their own.

The third part of the concert was encores. Five had been prepared, but Kaufmann decided on only one at a time, depending on audience reaction and how he felt. The audience’s standing ovations requested/demanded more. Some were even calling out requests. The first encore was “Winterstürme wichen dem Wonnemond” from Die Walküre. Kaufmann continued his stellar singing of Wagner even more sensitively. Second encore was “E Lucevan Le Stelle” from Tosca. After the first phrase he audibly cleared his throat, but continued with singing of excruciating sensitivity and feeling. This one aria alone was worth the price of admission. The next encore was Träume (Dreams), from Wesendonck Lieder by Wagner.  Showing more meerschaum than granite, this dreamy aria allowed for more expression and less belt canto. Kaufmann sang it in one seamless line. Continuing to dole out encores with the expert timing of Wayne Newton’s Las Vegas show, Kaufmann’s fourth encore was “Ombra di Nube” by Lucinio Refice. Beginning with a beautiful cello solo, this gorgeous aria sounded as if it were written for Kaufmann. The fifth and final encore was “Mattinata” by Ruggero Leoncavallo. Providing a light-hearted digestif to the concert, it left the audience satisfied that the evening was indeed historic. 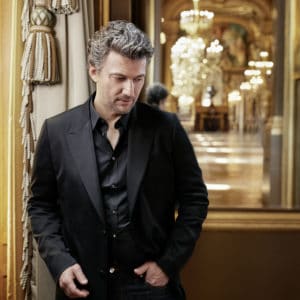