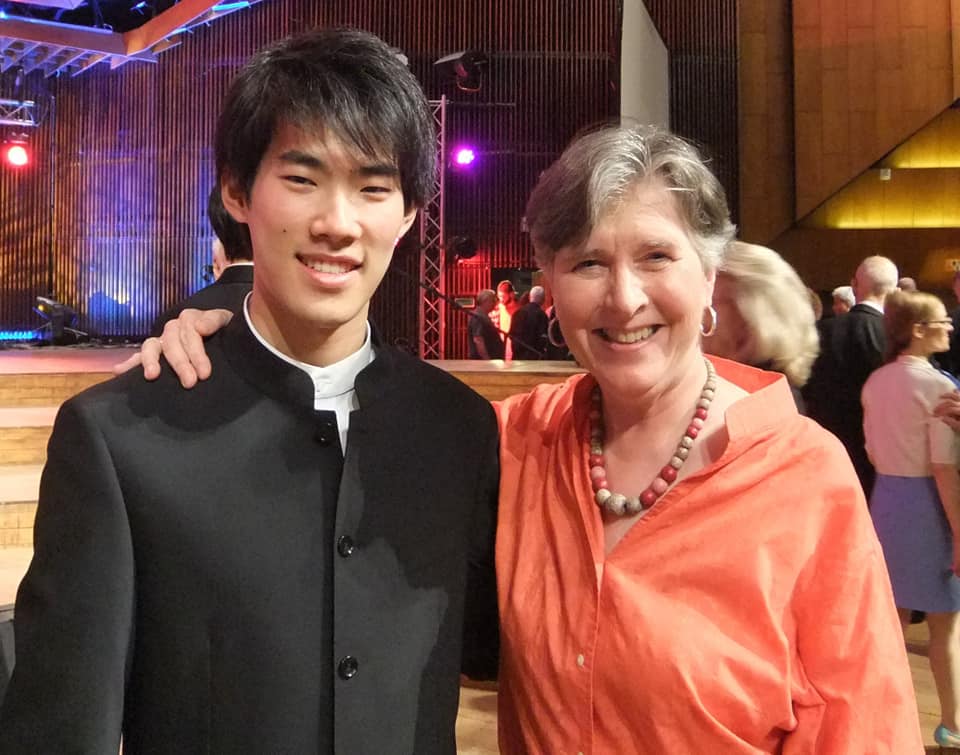 I’ve been listening to Canada’s winner since 2013

A post about the Warsaw Competition winner Bruce Liu by the leading Canadian Chopinist Janina Fialkowska:

My heartfelt congratulations to fellow Canadian Xiaoyu Liu, the winner of the 2021 Chopin Competition and a young pianist in whom I always strongly believed since I first heard him in 2013. That year I was invited to judge the finals of a National Canadian competition in Halifax. The standard was high and I was enjoying myself thoroughly when suddenly, out of the blue, this young pianist from Montreal, who was only thirteen, came and played the Liszt Spanish Rhapsody incredibly well on every level. I was impressed. This boy was Xiaoyu Liu and, of course, he won the first prize easily.

He was a charming boy and we were in touch with each other over the next few years. I observed him from a distance as I am always suspicious of these very young mega-talents .The question is always if they can maintain their technical abilities and develop into something genuinely worthwhile.

So it was with great interest that I heard him again when he was by far the youngest competitor in the 2014 Montreal International piano competition. I was very pleased with his progress which was immense, but he was still very young and inexperienced mainly in terms of projection and certain other interpretive aspects. That particular competition really belonged to his elder colleague Charles Richard-Hamelin who seems to be always one competition ahead of Xiaoyu! Charles’ performance in Montreal blew me away and then he, of course, went on to win top prize the next year at the Chopin Competition in Warsaw.

But then we come to 2017 where I next heard Xiaoyu representing Canada at the Rubinstein competition in Israel (photo with the two of us). Here, suddenly, was a huge talent that had blossomed into something very special. For me he was something unique; his playing so subtle, so honest, so elegant and I was not the only juror who loved his playing. Sitting next to me was no less than Chamber Music guru Menahem Pressler who was hugely impressed by Xiaoyu’s performance of the Fauré C minor Piano quartet in the Chamber Music section. I admit, although Xiaoyu was a finalist, I was simply furious that he hadn’t won a top prize so, from then on, I became his champion.

Xiaoyu had always wanted to participate in my “Akademie” in Marktoberdorf, Bavaria, where I invite young pianists who I feel are somehow overlooked or unfairly treated in competitions and who deserve to be heard and perhaps would benefit from encouragement and a little advice from an older colleague. So it was with great joy that I welcomed him to Marktoberdorf in 2019 and we had a chance to really work together and to get to know each other. And there were other opportunities as well. In fact he was due to come back to Marktoberdorf this year in September, but he had to cancel at short notice because of Covid worries.

Xiaoyu proved to me over and over again the following years that my faith in his immense talent and my admiration for him was well placed … and now he has won one of, if not THE most important piano competitions in the world and I am thrilled. And it is important to note, that this young man is also a good and delightful human being which is not always the case with super-talents. 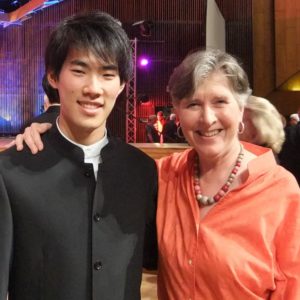 « Lessons to be learned from the Chopin Competition

Just in: Glyndebourne boss steps down »