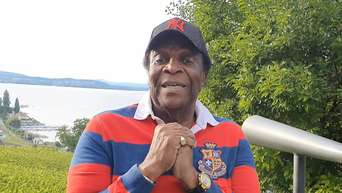 The German singer Roberto Blanco has written to the Mayor of Vienna asking for Beethoven’s remains to be exhumed ‘so that we can see if he looks more like you or me.’

This is the latest pot-shot in a long-running war on Beethoven’s enthnicity (to be discussed in my next book).

Blanco, a Tunisian of Afro-Cuban origin, began his singing career with Josephine Baker and enjoyed a string of hits in the German charts, most famously with ‘Heute so, morgen so’ in 1969. He is 84 and much loved.

« Ruth Leon recommends…Rambert – Draw from Within