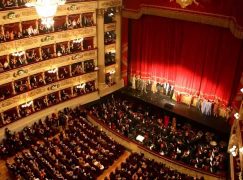 Breaking: Bolshoi stops opera after performer is killed by scenery

A Russian performer was struck tonight by falling decor and killed on the stage of the Bolshoi Theatre in Moscow.

The opera – Rimsky-Korsakov’s Sadko – was immediately stopped and the audience was asked to leave.

The victim has been named as Yevgeny Kulesh, 37.

According to eyewitnesses, he did not have time to move as the scenery descended. The performance was interrupted with cries of ‘Stop! Stop! Call an ambulance. There is blood here!’.

The Bolshoi has just issued this statement:

‘When the scenery was changed, an artist of the mimansa (mime ensemble) died. The performance was immediately stopped, the audience was asked to leave the hall. At present, investigators are working on the spot to establish all the circumstances of the tragic event.’

Kulesh had been on the staff of the Bolshoi Theater since 2002. 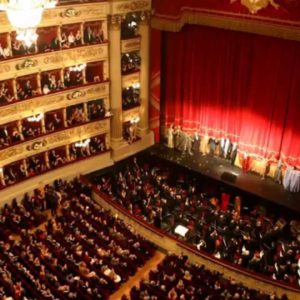 Death at the Bolshoi: A performer is killed by scenery »