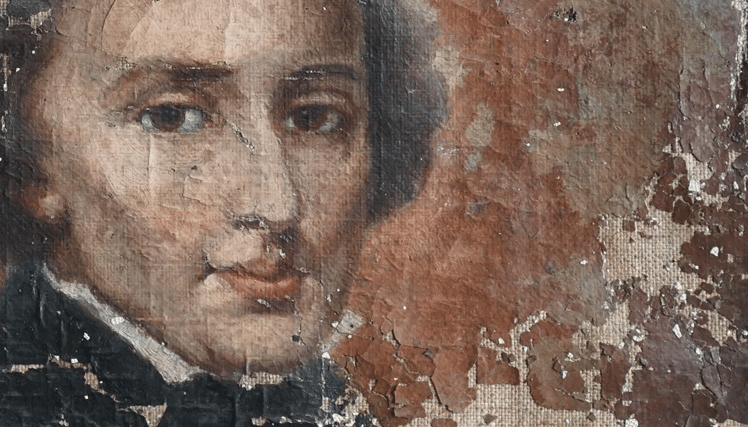 Poland’s The First News has a story about a badly damaged Chopin potrait, bought for a few pennies, which could be worth millions.

If it is Chopin, that is.

The current owner, a 30-year-old man named Maciej, bought it from his uncle who himself bought it 28 years ago at an antiques market in a small town near Lublin in eastern Poland.

When the uncle fell on hard times, Maciej bought it from him. He then gave it to an expert for valuation.

When he heard by phone during a car journey what he actually had, the news was so astonishing that he crashed his car into a ditch. 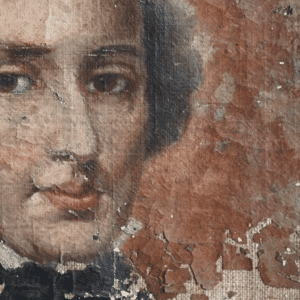 « 2 in 3 US orchestras make musicians get jabs. But only 41% check audiences

The Ah-pah-ssi-onata by Glenn Gould »