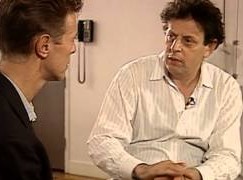 A London orchestra dances with enfants terribles and bits of Glass

The latest in our series of reviews by Alastair Macaulay of the Philharmonia’s 75th anniversary year captures last night’s concert of unequals: Philip Glass and John Adams:

Philharmonia Orchestra and the Labèque Sisters; Glass and Adams 2021.x.22

Forty-odd years ago, when Philip Glass’s music was still unknown terrain to many of us, the first experiences of his minimalism were fabulously disconcerting: they seemed to exemplify the “derangement of the senses” (dérèglement des sens) that the poet Rimbaud wanted art to be. Musical effects we felt we knew were being repeated and recycled in structural ways that felt like earthquakes.

Even so, Glass remains a central figure in the music of our time; it’s good that his work is included in the Philharmonia Orchestra’s Human/Nature season this autumn. The original plan for Thursday’s concert was for his Philip Glass Ensemble to join the Philharmonia to play his music for the film “Koyaanisqatsi”. When Covid restrictions made it too hard to the Glass Ensemble to cross the Atlantic, however, another minimalist programme was assembled, with pianists Katie and Marielle Labèque at its centre, and the Dutch-Maltese conductor Lawrence Renes at the podium.

It was for these two famous Labèque sisters that Glass composed his “Double Orchestra for Two Pianos and Orchestra” (2015), and for them that his longterm collaborator Michael Riesman created, in 2020, the “Les Enfants Terribles Suite” from Glass’s 1996 opera. This revised program was not all-Glass: it now ended with the “Doctor Atomic Symphony” by another minimalist, ten years Glass’s junior, John Adams.

Glass’s “Prelude to Akhnaten” (1982-1983), the oldest and most familiar item of the programme, opened the program. This will always be a perfect example of Glass style: there’s real poetry in its recyclings, its changes of pulse, its ancient-and-modern soundworld, its intimation that we’re hearing the inexorable workings of history.

The “Enfants Terribles Suite” that followed proved, to my surprise, the evening’s masterpiece. At first, when the Labèque sisters entered, identically dressed (same shoulder-length coiffures, same white chemises with ankle-length trains, same black leggings and black footwear with ultra-high heels), it looked alarmingly likely that they were cutely presenting themselves as “enfants terribles.” But no. Once they began to play, they showed themselves to be coolly dedicated performers.

Glass’s complete “Enfants Terribles” – the second of three Glass works based on Jean Cocteau creations – is a danced chamber opera (1996). Having never seen it, I now long to – and yet could it equal the intimate beauty of Michael Riesman’s two-piano suite? The Labèques played it with devout objectivity. While each section illustrates the moods and actions of scenes in the narrative, the work overall becomes a subtly and enchantingly poetic series of études.

Here and there are echoes of many older composers (Beethoven, Chopin, Debussy) – yet they’re incidental. This music is an open-sesame of affecting rhythmic structures and intensely atmospheric pianistic colours. I want to call it the finest of the many Glass compositions I’ve heard; I congratulate Riesman on the glorious sensitivity to pianistic sound he conjures here.

The two works that followed the interval brought many members of the Philharmonia to the Festival Hall stage; their playing was excellent. I’m sorry that this couldn’t redeem overblown compositions.

Glass’s Double Concerto, led by Renes and the Labèques, is a vast collection of nothing much. Yes, it breaks several of the conventions of concerto form, but so what? The first movement’s thumping rhythm and trite percussion effects are embarrassing; the second turns into a busy quagmire. The best moments occur in the final movement, with a right-hand piano line melting into the woodwind early on, and an interestingly melancholy, unresolved conclusion. These, however, aren’t enough to redeem a score that seems bent on accompanying the cliff-hangers of a sub-Hitchcock thriller.

Like Glass, John Adams is a minimalist sometimes capable of thrilling and colourful scores. Not so “Doctor Atomic Symphony” (2007). Adams’s opera “Doctor Atomic” is about the construction of the first atomic bomb – but his symphony does no better than his opera to transform momentous history into poetic drama. 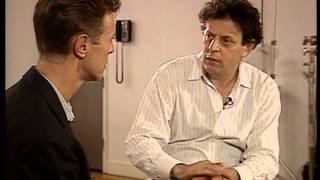