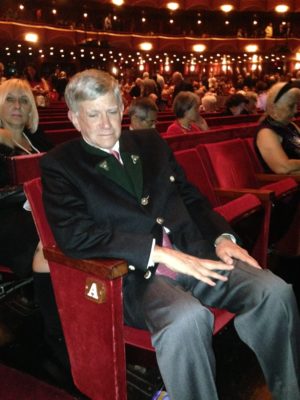 What the obituarists don’t say about Alberto Vilar

The New York Times and the Times of London are predictably harsh about the late investor who died this weekend, having given away more money than any individual to opera houses and festivals before or since. Most of them wiped his name off their walls when he was convicted of fraud.

His legacy survives, however, in the surtitles that have been embedded into their seatbacks, an amenity that allows everyone to understand opera, no matter what language it is sung in.

For this alone, Alberto (whom I knew slightly) deserves some thanks. But the opera grandees who are quoted in the obits are positively vindictive about him, and the ones who are not quoted are even meaner. Graceless ingrates that they are.

Vilar once told a friend he’d have been better off giving the money to a dogs’ home.

The Times says he was ‘was shy and awkward around women’, which is simply untrue. Alberto always had a girlfriend, often more than one. His problems started when he took to sleeping with older women and fleecing them of their savings, a ploy taken from the Mel Brooks script for The Producers.

In the summer of 2002, crippled with back pain in Salzburg, he became engaged at 61 to a beautiful musicologist of 37 who had been recently married to a member of the George W. Bush administration. Wedding invitations went out to a few hundred close friends.

Weeks later they were followed by a card (which I have kept), reading: ‘The event scheduled for 12 October has been postponed. Alberto Vilar.’

The obits can say what they like about Alberto. The truth is he was a game changer in the financing of opera and classical music. The way he was treated, it is unlikely there will ever be another. There is a culture of contempt for donors among some senior opera figures.

Let me leave you with a quote from Lorin Maazel, one of many to whom Vilar promised a fortune and failed to deliver. Here’s what I wrote in October 2002:

Lorin Maazel, who has reason for bad-mouthing Vilar after being landed with an extra $700,000 bill for their conducting contest, is one of those who has opted for discretion. Both publicly and privately, Maazel has voiced nothing but admiration for his defaulted co-sponsor. “In purely monetary terms,” he told me, “the aggregate of his support … is without precedent. Equally significant is the example he sets. If I have helped establish a charitable trust, I am only following Alberto’s lead.”

At the competition finals at Carnegie Hall this weekend (won by Xian Zhang from Beijing and Bundit Ungrangsee of Thailand) Maazel summoned a visibly frail Vilar onto the stage and lauded him to the heavens. “Lorin treated him like family,” said a mutual friend. 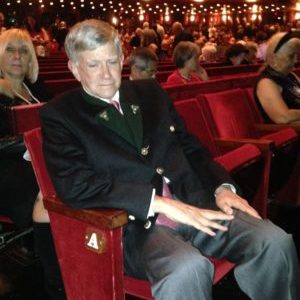