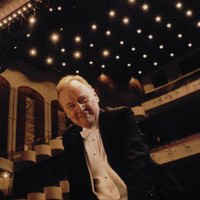 The death has been made known of Henry Charles Smith III, music director of the South Dakota Symphony Orchestra from 1989 to 2001.

He also served as music director at Interlochen Arts Camp for the World Youth Symphony Orchestra.

South Dakota SO says: ‘His artistic legacy, funny stories, and contagious enthusiasm for classical music inspired all who had the privilege of making music with him.’

« What is the meaning of this record cover?