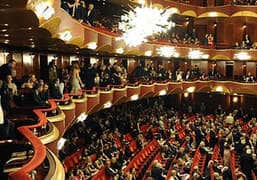 The Met has sold $20m in tickets for new season

Will the core audience return? That’s the key question.

From the NY Times this morning:

The Met is warily watching sales. It has sold about $20 million worth of tickets for the season so far, the company said, down from $27 million at the same point in the season before the pandemic. Subscriptions, which have been steadily eroding at American symphony orchestras and opera companies in recent years, are down by about a quarter from before the pandemic, but officials expect more subscribers to renew when they feel safe about attending. Strong recent sales, and the speed with which the Met sold out an affordably priced performance of Verdi’s Requiem on Saturday to commemorate the 20th anniversary of the Sept. 11 attacks, offered hope that audiences will come back.