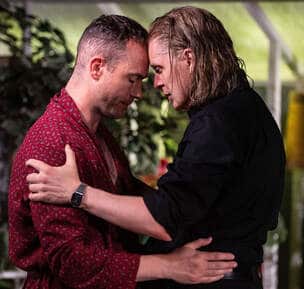 My Night with Reg by Kevin Elyot, won the 1995 Olivier Award for Best Comedy and this is a new production directed by Matt Ryan.

Set in Guy’s London flat, old friends and new gather to party through the night. This is the summer of 1985 and, for Guy and his circle, the world is about to change forever. AIDS is on the march and it will inevitably touch the lives of this cheerful bunch of friends.

This award winning comedy captures the fragility of friendship, happiness and life itself. Inevitably, it is not as funny, nor as shocking, as it was in its first production. We know more now about the AIDS epidemic that we didn’t know then.

« Sorry, we’ve given your contract to a minoritised candidate