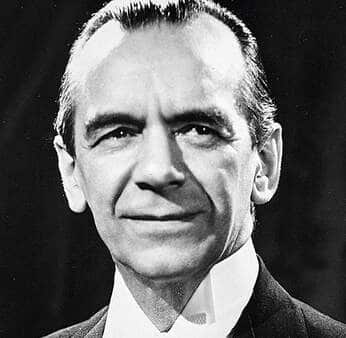 Instruments of the orchestra – Sir Malcolm Sargent
Click here to watch : Free
How things have changed. And, sometimes, for the better. Here’s a look back to what arts programming used to be and, thank goodness, is no longer. Its intentions were good, I’m sure, as this was an earnest attempt to introduce the orchestra to children who, presumably, hadn’t seen one before.
Sir Malcolm Sargent presents, and conducts, the London Symphony Orchestra, in a performance of Benjamin Britten’s Young Person’s Guide to the Orchestra. The music was commissioned from Britten by the Crown Film Unit, specifically for this film. It was made in 1946, and the players were those who had sustained the orchestra through the war years: the younger musicians, men and women, were still in the armed forces and were yet to be demobbed.

What we actually see, though, is an endless sea of miserable-looking white middle-aged and elderly men and one equally depressed-looking woman stuck in the middle of the violas, without a smile between them. The only other woman in the entire orchestra is, of course, the harpist – men only played the harp in Ireland and then they were called harpers, not harpists.​
Any child forced to sit through the entire programme (and they would have to have been forced, no child or indeed sentient adult would sit through it from choice) would have been turned off orchestral music and musicians for life. Pity, because it’s wonderful music.