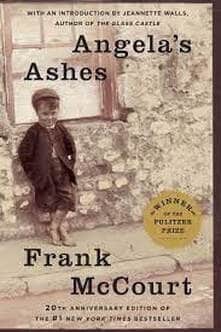 Frank McCourt’s memoir of his escapades and experiences in a Dickensian landscape peopled by a drunken father, a helpless mother, pompous priests, and bullying schoolmasters; money-lenders, dancing-teachers, and charity workers, culminating in his escape from grinding poverty to the redemption of a new life in America, is now a musical.

Angela’s Ashes was a literary sensation when it was published in 1996. The book climbed quickly to the top of the bestseller lists and remained there for nearly three years, selling 4 million copies in hardback alone. Since then, the memoir has sold over 10 million copies worldwide and has become a phenomenon continuing to attract a global readership.

« Maestro signs on for 10 more years