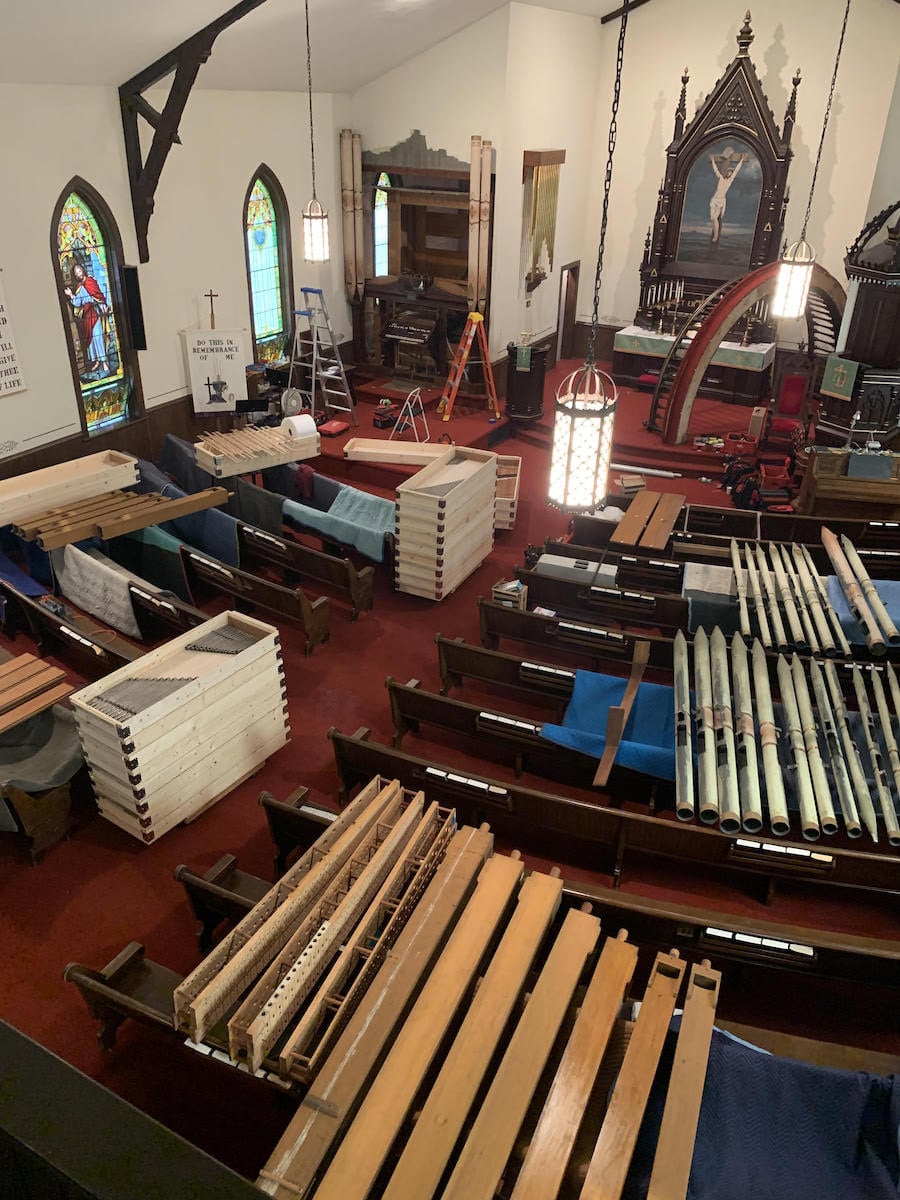 Good news from Dobson Organ Builders, whose craft base was destroyed by fire in June:

As you likely already know, our workshop was destroyed by fire on 15 June of this year. Since it was extensively covered in the news, I won’t share any of the horrifying photos here—you can find them on the web if you’re curious. In the time since, we’ve been overwhelmed by the generosity of not only our friends but also complete strangers, who have offered prayers, notes of sympathy and encouragement, and monetary gifts, specialized tools, and supplies. Nelson Barden, now retiring after a celebrated career of restoring early 20th-century instruments, sold us the tools from his Boston-area workshop, which filled an entire semitrailer. A GoFundMe campaign thoughtfully set up by Mike Sutcliffe of Foley-Baker, Inc., Tolland, Conn., raised a tremendous amount of money to replace tools lost to the flames. Other organ building colleagues across the country have sent gifts of money, specialized tools, and supplies. It’s truly humbling to be the recipient of such generosity, and it makes us proud to be a small part of this wonderful community.

Closer to home, our Lake City neighbors have been terrifically supportive. Renee Stauter and Glenda Gentry of Mid-Iowa Insurance, our tireless agents, provided temporary office space and other resources for more than two months following the fire. Two other businesses, Macke Motors and TS Electric, offered buildings that we’re using for temporary workshops. And we have purchased a 1919 bungalow a few blocks west of our former workshop to serve as an interim office.

In the time since the fire, we have paused construction of our Op. 99 for Sydney, Australia until our interim workshop is fully up and running. Meanwhile, we’ve pivoted to several service and restoration projects on our books…. And one month ago, we completed our Op. 98 for St. Christopher’s Episcopal Church in Chatham, Massachusetts. 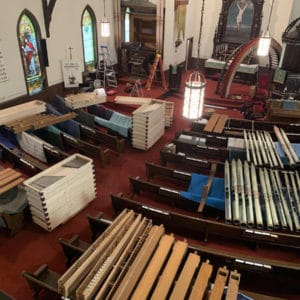 « What the obituarists don’t say about Alberto Vilar

Get your dirty feet off my nice white sofa »