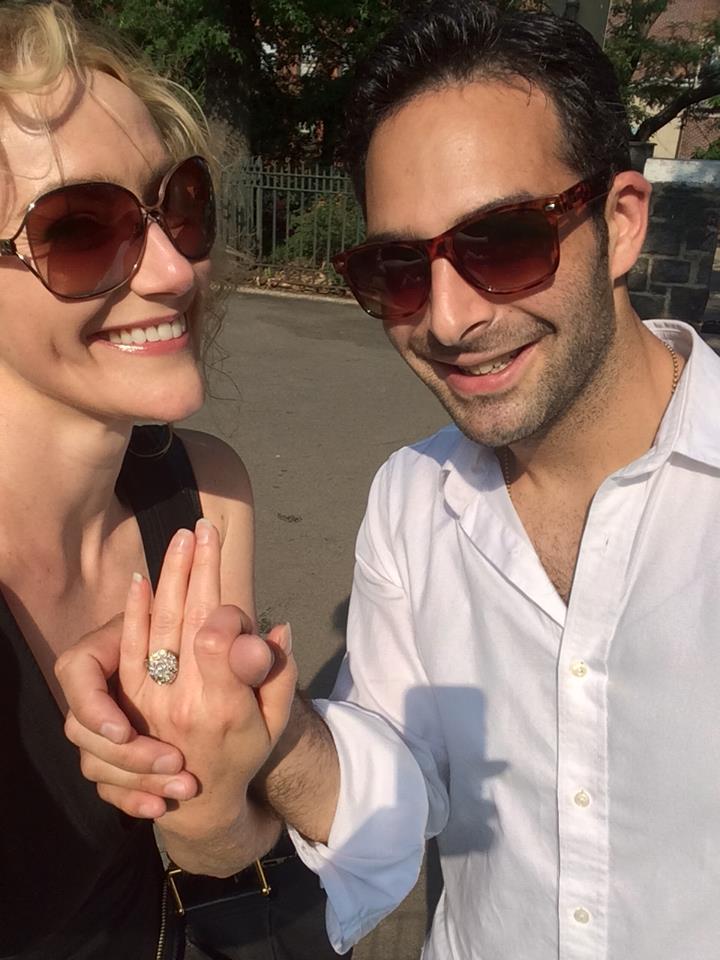 Having secured new deals for musicians on Broadway and at the Met, Adam Krauthamer is stepping down as president of Local 802 after a single three-year term.

Adam, a Broadway horn player, says he needs to spend more time with his wife, Broadway singing star Betsy Wolfe, and their baby. He has been a breath of fresh air as a union boss – friendly, communicative, reformist, tough as nails when necessary. They’re gonna miss him in the no-smoke-filled rooms.

His low note has been the failure to get NY City Ballet to pay its musicians over the Covid period.

It’s been a great honor to serve as your president over the last three years and I’m proud of our accomplishments despite historic challenges.

When I took office, our pension fund was in dire straits and many of you were on the brink of losing your hard-earned benefits. Our health fund was due to run out of money by 2021. Local 802 had run deficits for four straight years — including a deficit of more than $650,000 in 2018 alone. And we had a major upcoming contract negotiation with the Broadway League, among many others. Then, just over one year into my tenure, the pandemic struck, causing horrific death, illness and economic damage, and resulting in the worst crisis for this union and its members in our 100-year existence.

Despite these existential threats, we came together to meet the challenges. After incredibly hard work and advocacy at the national level — through rallies, meetings and petitions — we achieved a truly unprecedented victory: the American Rescue Plan, which saves our pension plan and keeps our trustees from cutting our pensions.

Prior to the pandemic, we negotiated a landmark Broadway contract, as well as many others, securing some of the largest economic gains our union has seen in decades. Additionally, we set a precedent by negotiating a new 401(k) option in our major new contracts, including Broadway and Radio City. We also restructured our health plan to avoid major benefit cuts and negotiated a 23 percent increase in healthcare contributions from Broadway. Then, during the pandemic — with no contributions coming in — we took immediate action to stabilize and protect the future of the health fund while also trying to keep as many 802 members covered as possible. As we emerge from this brutal pandemic, we’ll continue to make sure that no one is left behind in the recovery.

On a personal note, as the crisis of the pandemic begins to recede, I’ve been taking stock of the last three years of my work on behalf of fellow musicians. I learned many lessons both professionally and personally. Even in normal times, the presidency of Local 802 is a 24/7 job. It demands total dedication. And the pandemic required an even higher level of commitment as we faced an existential crisis. This is the effort our members deserve, and I was happy — if often exhausted — to work sometimes more than 100 hours a week to support you. However the job and the effort it requires has taken a toll on me and my family.

Some of you know that my wife and I welcomed our first child during the pandemic. And after many nights and weekends apart from her, I’ve realized that I can’t be the father and husband I want to be while continuing to completely devote myself to this union. Therefore, I’ve decided that I will not run for re-election this coming fall.

I’ve also realized something else about our union and how it operates. I’ve come to understand that our union needs steady consistent leadership and expertise to further stabilize and continue the progress that we’ve made over the last three years. Our union bylaws and history have created a framework for leadership where our top three elected officers come from within our ranks as professional musicians, while also requiring those leaders to give up performing professionally during their term in office.

There are obvious positives to our current system, such as the fact that our executive board is comprised of directly elected rank-and-file professional musicians and has a majority of the power when it comes to final decision making for our union. However, there are also many complications. The current system requires an extreme steep learning curve as a full-time musician transitions to a full-time labor leader. Another complication is the requirement to give up your entire performance career while serving, which is not compatible with recruiting more professional musicians into the ranks of top union leadership.

The alternative to our leadership structure — utilized by many well-known entertainment unions — is empowering an executive director to work alongside rank-and-file elected officials and staff, all reporting to the union’s democratically-elected executive board. After my years of service to the union, I personally have come to believe there could be great value in that type of a system for our union. It’s my strong recommendation that membership begin a substantive debate on what the right system is for the future of our union.

In closing, leading our union is only made possible with support of our amazing members, staff and executive board. I would like to sincerely thank our membership, staff and board for your trust, hard work and relentless pursuit to build power for all musicians. I also thank you for the opportunity I’ve been given to lead our union through these perilous times. I look forward to working with the incoming president to ensure that the progress we’ve made continues and that all of our members’ priorities and needs are met…

« Hamburg turns its green rooms into a drop-in vaccination centre