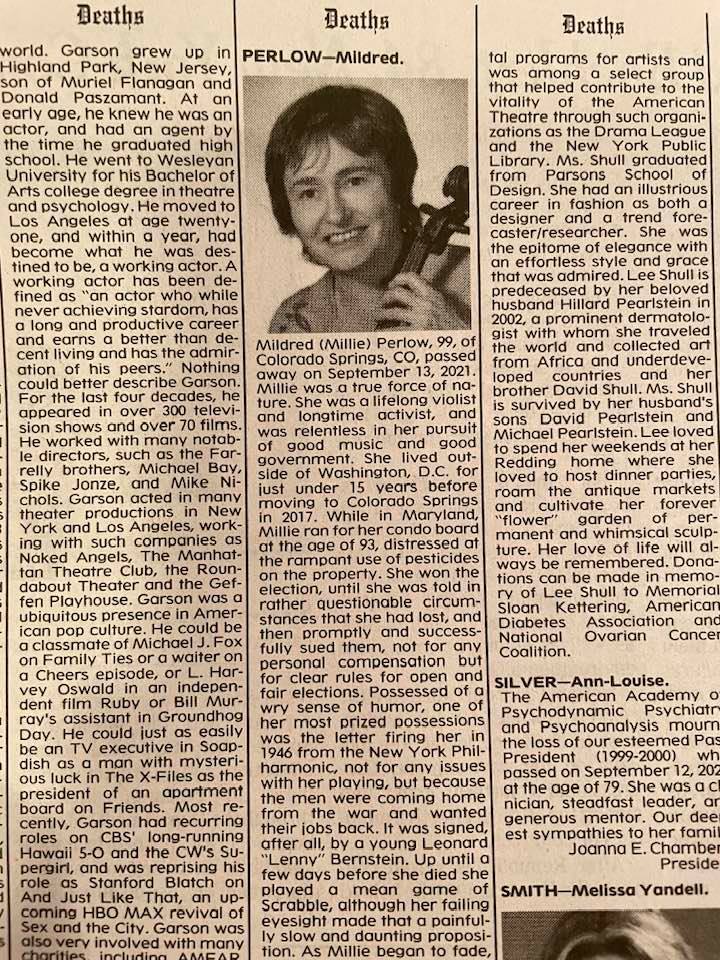 NY violist, fired by Bernstein because she was female, dies at 99

The Washington Post memorial notice for the late Mildred Perlow reads, in part:

…Possessed of a wry sense of humor, one of her most prized possessions was the letter firing her in 1946 from the New York Philharmonic, not for any issues with her playing, but because the men were coming home from the war and wanted their jobs back. It was signed, after all, by a young Leonard “Lenny” Bernstein. …

She met and ultimately married Austin Perlow, a career newspaperman. They were married for 51 years until his death in 1996… 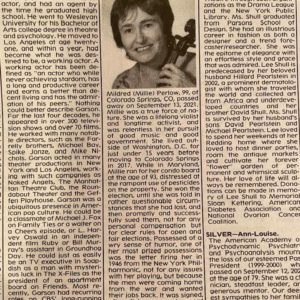 UPDATE: Leonard Slatkin reminds us that Bernstein hs no position of authority at the Philharmonic at this time. he was, however, music director of the New York City Symphony, founded by Leopold Stokowski with support from Mayor La Guardia to provide reasonably priced tickets for working people.It would have been from this orchestra that Lenny fired his women.

« A German clue to Elgar’s Enigma?