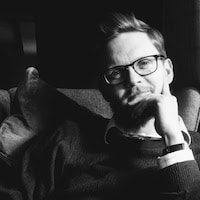 The academic world has been shocked by the resignation of one of the UK’s leading musicologists, apparently in disaffection with current trends for decolonising classical music.

J. P. E. Harper-Scott is Professor of Music History and Theory at Royal Holloway, University of London, and general editor of the Cambridge University Press series ‘Music in Context’. An authority on Edward Elgar, he has developed unsupected affinities between music analysis and the psychoanalytical theories of Jacques Lacan. At 43, he is a leader in his field; but now he has quit.

In a resignation note titled ‘Why I left Academia’ he makes no secret for his love of learning and of academic life. But, he writes:

I would put the problem in this (Kantian) way: I wrongly supposed that universities would be critical places, but they are becoming increasingly dogmatic. Consider the following statement, which fairly well articulates an increasingly common view in musicology.

Nineteenth-century musical works were the product of an imperial society. The classical musical canon must be decolonised.

His resignation will change nothing. The decolonisers are rampant. Musicology has been vastly discredited. The loss of a subtle and fertile mind like Harper-Scott’s represents collateral damage in the woke pandemic. He has made an honourable decision.

UPDATE: One composer who cannot be decolonised