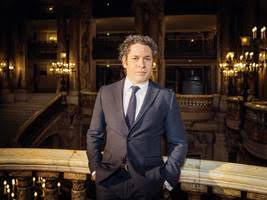 Dudamel’s inaugural concert will be filmed by François-René Martin and co-produced by the Paris Opera and Caméra Lucida, with the help of France Télévisions, Mezzo and Medici.tv, the support of the CNC and the Orange Foundation – Sponsor of the audiovisual broadcastings at the Paris Opera.

This concert will be broadcast live and for free on September 22, at 7:30pm on Medici.tv and on l’Opéra chez soi, the Paris Opera’s digital platform, as well as on Mezzo. It will also be broadcast later on Culture box and on France Télévision. The performance will also be recorded by France Musique to be aired on October 2, at 8pm in Judith Chaine’s talk show “Samedi à l’Opéra”.

Ruth Leon recommends…Me and the Devil »