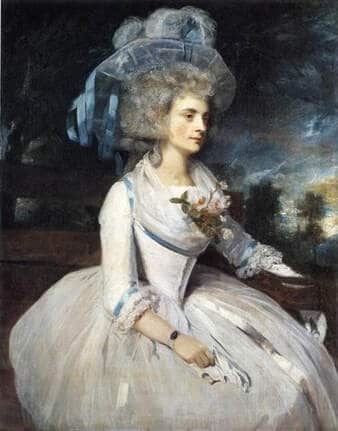 Frick Madison – Cocktails with a Curator – Final Episodes
Click here to watch
I mentioned last week that I’m hoarding the final three episodes of the Frick’s critically acclaimed, award-winning online program Cocktails with a Curator. I told you then that I’m saving them to eke out in the weeks when I haven’t found anything else in art history online that’s interesting enough to share with you. One of those weeks is here already.

Poor Lady Skipwith. She’s so pale and wan in this portrait by Sir Joshua Reynolds entitled Selina, Lady Skipworth, that the first comment anyone ever makes about her is that she looks so sad. From what Aimee Ng tells us about her she probably was fairly sad, having been effectively left on the shelf until she was well into her thirties, very late for an upperclass woman of her time to marry. Eventually, after many times of asking, she finally did accept a man she seems to have disliked but that was all right because he had the grace to die a scant 18months later. They had no children and she never remarried.

It doesn’t help that fashion has dictated the ghostly white lead makeup, highlighted by the hectic spot of vermillion on her cheek. It’s almost impossible to look at this portrait and get any sense of the woman under the huge powdered wig and the ribbonned hat which would have been clamped onto the wig with a million hatpins. Not only would all of that have been very uncomfortable perched on the top of your head, the dress, while very beautiful, was profoundly uncomfortable and dug into her all the down to her hips. Look at the way her waist is pulled into less than 17 inches. Of course, I don’t know whether her waist was in fact that tiny but at least one maid would have pulled the laces on the corset under the dress as tight as they would go and the fashionable waist size was thought to be 17 inches. No wonder the women of Lady Skipwith’s class in the 18th century often died of unspeakable internal illnesses and almost never ate – they couldn’t.​

As ever, the wonderful Aimee Ng of the Frick shows us how Reynolds made the painting, with what brushstrokes he achieved the white-on-white effects, and she even shows us an oil painting of the husband, whom only a mother could love, and about whom my mother would have said, “Well, he’s no oil painting!” Aimee, we’re going to miss you.

« 2 Covid cases shut down US festival after opening weekend