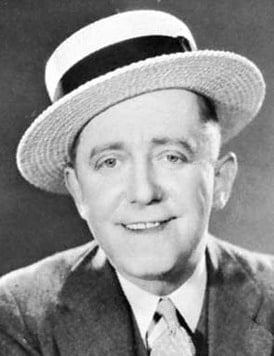 Click here to reserve
Take a trip through musical theatre history in this upbeat one-man journey through the life, music, and artistry of George M. Cohan starring Jon Peterson. This Performance on Screen is a dazzling showcase that reveals the essence of the man, his music, and the era of show business he helped shape.

Taking a look at the ride of Cohan’s life, we learn he definitely meant it when he said “Give My Regards To Broadway.” Featuring hit songs such as “Over There,” “Forty-Five Minutes From Broadway,” “You’re A Grand Old Flag,” and “All Aboard For Broadway,” this high-energy show is entertaining—a salute to the American musical comedy.
​
George M. Cohan Tonight! had its Off-Broadway premiere at Irish Repertory Theatre in 2006. The production earned a Drama League Nomination for Jon Peterson and a Drama Desk Nomination for “Solo Performance.”
Reservations are free, but required, to access this digital event. A donation of $25 is suggested for those who can afford to give. If you’re in the UK or Europe, be sure to book for one of the matinee performances to accommodate the time difference because the Irish Rep, despite its name, is in New York.
Aug 17 – 29

« Classical fraudster is back in jail

The Met now says it will reopen with Verdi’s Requiem »