An Australian researcher has been running the numbers on the Royal Opera House and finds it seriously wanting.

In 2019, The Royal Opera joined the Keychange 50/50 initiative, pledging that women would make up 50% of all creatives on new opera productions by 2022.

In order to assess the status of women working at the company — and the likely impact of this pledge — we turned to historical production data. We analysed the production credits of 325 operas staged between 2005/06 and 2019/20. Drawing on the self-identified pronouns used in professional biographies, we then mapped the gender profile of 1,342 credited directors and designers.

The man at the top
The role of stage director was critical to our study because directors assume a leadership position over the artistic vision of a staged work. They are also responsible for selecting the other members of the creative team.

Over the 15 seasons included in our study, 90% of all opera productions at The Royal Opera credited a male director. 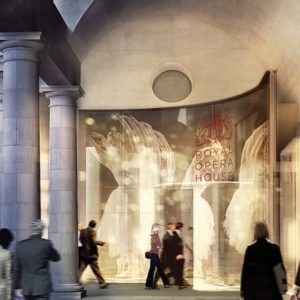 Bramwell Tovey has a new orchestra »