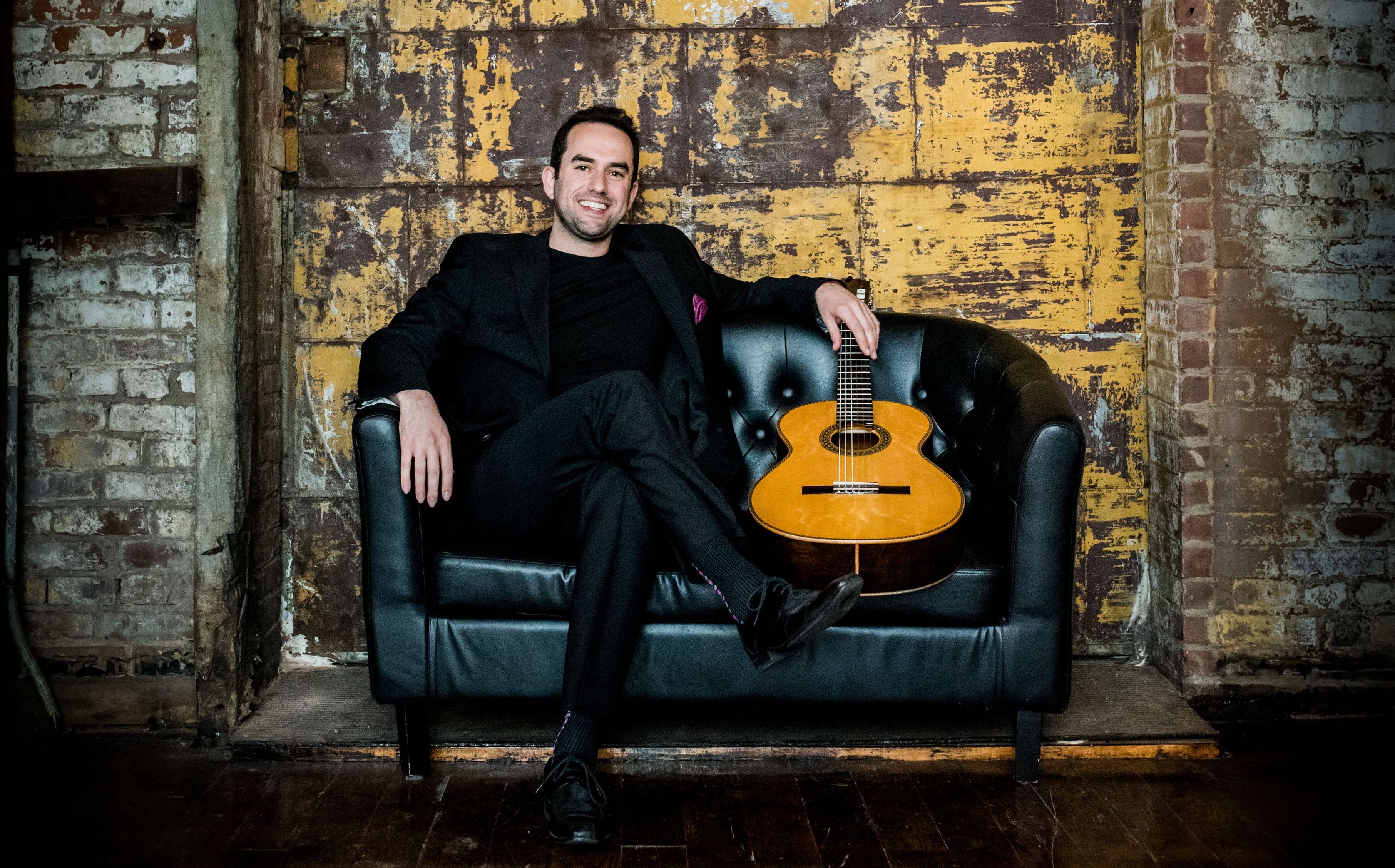 What do you hear in your mind when you envision an album of Spanish guitar music? Whatever tune you just conjured, I think it’s safe to say that guitarist Adam Levin is prepared to expand your notion of this genre with his 21st Century Spanish Guitar, Vol. 4 (August 20 on Frameworks Records Label). Levin’s fourth album of his 13-year-long project takes inspiration from American bluegrass (Portraits from the Heartland), the Sephardic tradition (Sonata Sefardita), and nature (Arboretum and Abstractions of Concierto de Aranjuez).

All works receive their world-premiere recordings on this album and all solo works are commissions. The diversity of musical language is the result of three generations of Spanish composers represented on the album: the master, Leonardo Balada (b. 1933); his disciple Jorge Muñiz (b. 1974); and in between, José Luis Turina (b. 1952) and Salvador Brotons (b. 1959). Additionally, Levin performs the electrifying concerto – Concierto de La Herradura – by Cuban composer Eduardo Morales-Caso (b. 1969).

The sheer musical bandwidth that this album spans is a feat. But there is a simple technical flex that’s worth pointing out: Levin’s performance of Morales-Caso’s concerto with Orquesta de Extremadura is clear, imaginative, and colorful. In other words, it’s a rare and enjoyable moment to hear a guitar concerto, as oftentimes the guitar gets swallowed up by the ensemble in this instrumentation.

As Levin closes the door on this multi-year project, another door opens for contemporary guitarists as Levin will be sharing the more than 30 new works he commissioned with guitarists everywhere. Just as the old and new worlds of Spanish composition are brought together in this album, the commissioning process in and of itself extends a hand to the upcoming generation of guitarists. Publishing details are to be announced but in the meantime, you can enjoy all four volumes of 21st Century Spanish Guitar.

Just in: Yannick’s too sick for Lucerne »