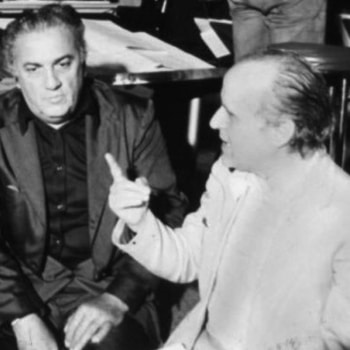 This record deserves 8 and 1/2 stars

In the summer of 1943, and for reasons still unclear, Milan’s best young composer moved to the undeveloped south of Italy and stayed there for the rest of his life. Nino Rota, at 32, was content to be a teacher in Bari, later director of its Conservatorio. Had he not needed to earn a little extra money on the side in Rome’s dolce vita film industry, he might never have been heard of again.

Rota’s symbiotic partnership with the director Federico Fellini, starting with The White Sheik in 1952, catapulted him to world fame and redefined the art of composing for film. ... 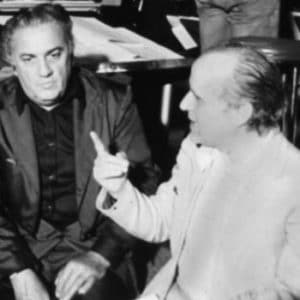 « Andrea Chenier – our live streamed opera of the week