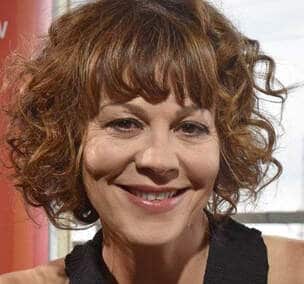 You can buy access to a individual play or an annual subscription to the National Theatre’s At Home website. The three day rental is £7.99

Terence Rattigan was the most important playwright of the middle of the 20th century, having written and had successful productions of more than 20 plays, many of which are regularly revived. He wrote about middle class British life, the milieu he knew best. His dominance of the West End came to an end with the arrival of John Osborne and Angry Young Men plays in the late 50s. At one time he had three dramas running concurrently in the West End. This, The Deep Blue Sea, from 1952, is one of my favourites.

When we meet her, Hester Collyer has given up everything including her marriage to a High Court judge, for a passionate affair with the feckless Freddie, a WW2 flying ace. She has left her comfortable home to live with him in a sordid rooming house and, when she realises that Freddie has tired of her, she tries, unsuccessfully, to take her own life. This is a play about sexual passion, romantic love and unequal expectations.

In one of the most dramatic roles ever written for a middle-aged woman, Hester is here played by the late Helen McCrory. Her lover is Tom Burke. The original cast was Peggy Ashcroft and Kenneth More.

Helen McCrory, who died last month of cancer, aged only 52, wasn’t only one of the finest actors on the London stage. She excelled in leading roles of all kinds from Greek drama – her Medea was one of the finest I ever saw – to popular television – she was the only major female character holding the preposterous Peaky Blinders together. And she was a thoroughly nice woman, adoring mother of two kids, and adored wife to actor Damian Lewis. It is not only the London theatre that will miss her.