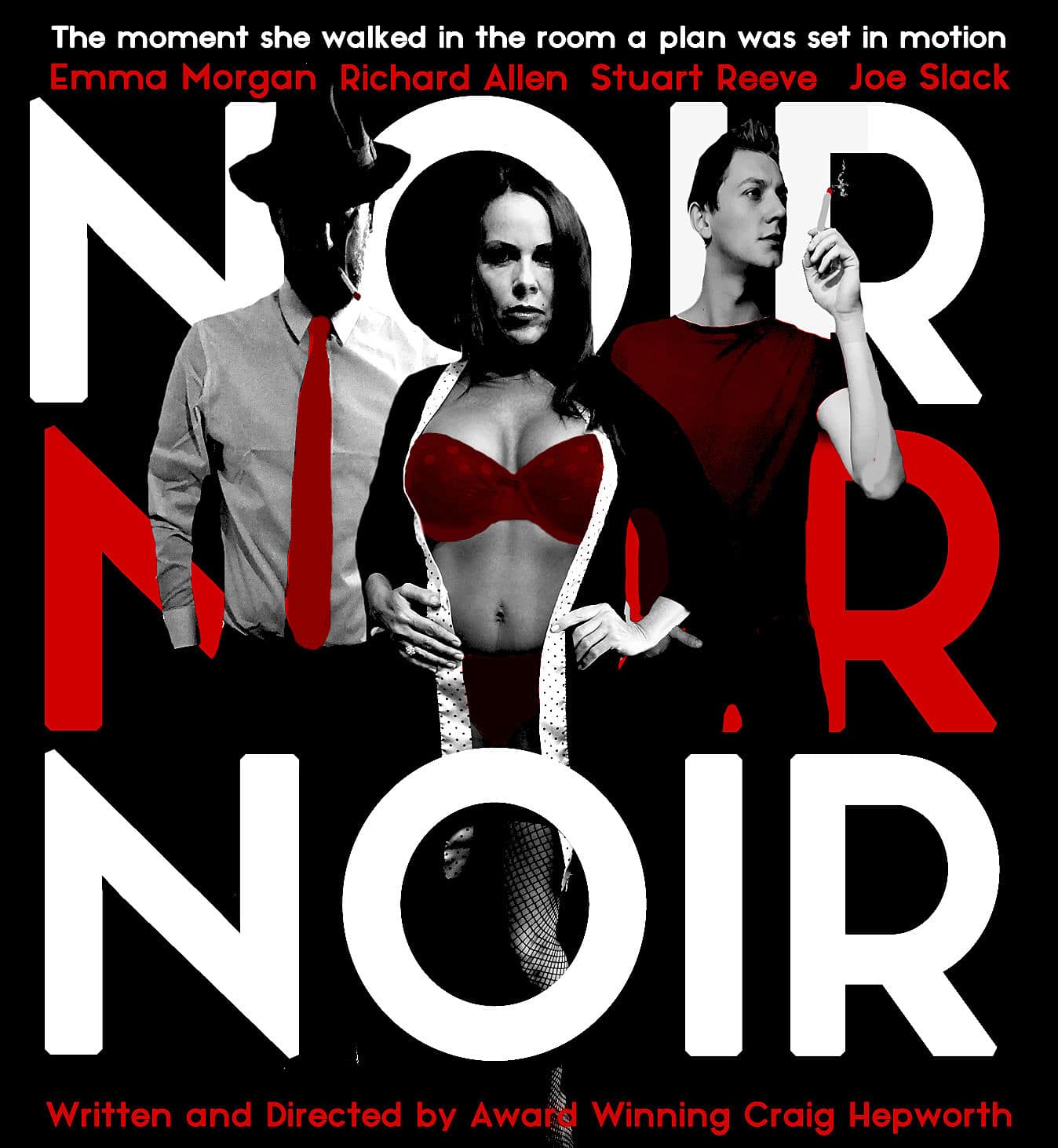 Noir – Vertigo Theatre Productions
Click here for tickets
After a critically acclaimed try out production in 2017, Craig Hepworth’s original play Noir should have returned in 2020, but then the world stopped. Wanting to keep theatre alive, actors acting and audiences enjoying, Hepworth and Vertigo Productions, armed with only camera phones, gathered the cast safely to make the production without an audience and film the show on their phones, in the style of a black and white movie.

Noir is set in past New York and tells the story of Veronica Smart, a beautiful but manipulative woman who is married to a man unworthy of her as she lives a life she never really wanted. After starting a job at the local high school, Veronica manages to the capture the attention of a few students, but teaching them is the last thing on her mind. It’s not long before Veronica is spinning a web of lies that will lead to infatuation, obsession, manipulation and murder.

Loosely inspired by a true story, Noir is an original play shot on stage in the style of a movie. With a tiny budget, dedication and imagination, this exciting capture of the show sends you back in time to witness the crime. Paying homage to black and white movies of the 40’s,50’s and 60’s, join us for a night of suspense, melodrama, bad behaviour and murder.
​
Technically, Noir is not what you’re used to but do remember as you enjoy the show that the visuals and audio are made by mobile phones.
On Demand July 26- Aug 8 £10.00 plus £3.00 transaction fee

« Every time arts leaders cave to racial pressure, they deal creativity another blow