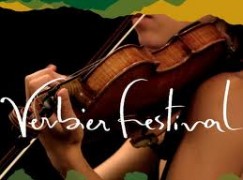 Next week’s Mahler first symphony is off.

Also fallen are Schoenberg’s chamber symphony on the 31st and the Andras Schiff concert on August 1.

The Verbier Festival announces the latest programme changes to its 28th edition. Two of the iconic Rencontres Inédites will move from
Église de Verbier to Salle des Combins, opening up the performances to a larger public. The Festival’s July 23 presentation of Tristan & Isolde’s second act has been cancelled, but opera-lovers are invited to a newly programmed concert that same evening featuring rising stars of from the Academy Atelier Lyrique in a concert of arias at the Église.

The Festival will now close with a performance of Puccini’s La Bohème, featuring the Academy singers in collaboration with the Verbier Festival Junior Orchestra (VFJO) and its Music Director, James Gaffigan on August 1.

« The Met mourns its Prince of Darkness